ANKARA – Turkish Foreign Minister Mevlut Cavusoglu on Thursday met with a senior delegation of Taliban from Afghanistan, the first meeting of its kind since the group took power in August.

“We gave advice to the Taliban administration. We once again said they should be inclusive for the unity of the country. We talked about the importance of including people in the administration from ethnic groups other than the Taliban,” Cavusoglu told semi-official Anadolu Agency after he met with the delegation led by Afghanistan’s acting Foreign Minister Amir Khan Muttaqi.

Turkey also advised education for girls and employment of women, he added.

“We said this is not just a demand from Western countries, but also the advice of the Islamic world,” the Turkish minister said. 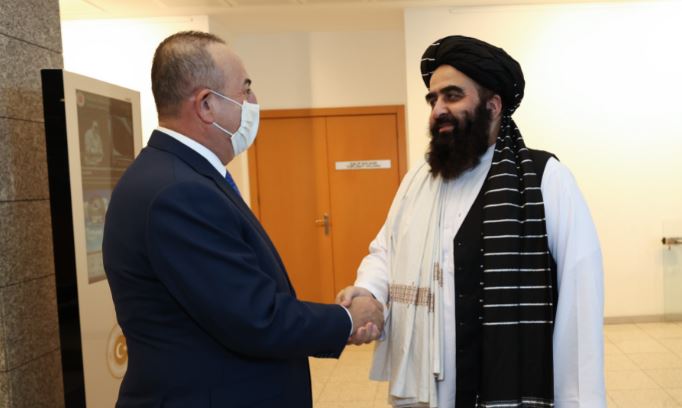 Turkey also conveyed expectations of the country and the International Civil Aviation Organization concerning security for the resumption of regular flights from Kabul, Cavusoglu noted.

Meanwhile, the Taliban delegation asked Turkey to continue its support in humanitarian aid and development projects, the Turkish minister said, adding the delegation will also meet Turkey’s Red Crescent, Disaster and Emergency Management Authority and the Presidency of Religious Affairs.

The Taliban officials pledged to support the Afghan refugees who want to return to the country from Turkey, he said.

The visit comes after the Taliban held a series of talks with the United States, 10 European nations and the European Union in Qatar this week.

In a separate statement on Wednesday, Cavusoglu said he was planning to visit Kabul with some of his counterparts.

UN evacuates staff from Ethiopia's Tigray after another airstrike

MOSCOW -- Forming an inclusive government that reflects the interests of all...

DAMASCUS - A rare bombing of an army bus in Damascus and shelling...