Fact check: Was this teacher fired from school in Lahore for Being ‘too attractive’?

A weird incident made headlines last year that a school in Lahore had terminated a female teacher Aasia Zubair for being ‘too attractive’. Was that true?

According to some reports, the 29-year-old Aasia was a married woman who worked as a teacher for the past 6 years. She was terminated on August 11, 2020, for being ‘too sexy’ to teach secondary students.

I long for a day when my country #Pakistan becomes progressive, liberal and tolerant.. we need to educate our youth pic.twitter.com/3tnsEGZi72

Zubair has now taken to Twitter and revealed something shocking. She tweeted that she has served a lawsuit to the school management for firing her for ‘ridiculous reasons’.

Today I have served a lawsuit to the Lahore Elite Public School for suspending me on ridiculous reason that I am 'too attractive' to be a #teacher. My lawyer shall pursue the case. The School admin fired me, telling me that 'sexy-teachers' will spoil the students. SHAME!

Only in Pakistan teacher not considered guru but sexy lady https://t.co/55P4F8sIwy

What is the truth?

Well, the story is the opposite. The news is FAKE as there are no credible news reports regarding a married teacher being fired in Lahore for such reasons.

Photos of the ‘teacher’ were making rounds on the internet. However, those photos are of an Indian model Zoya Sheikh and she has nothing to do with this mess. 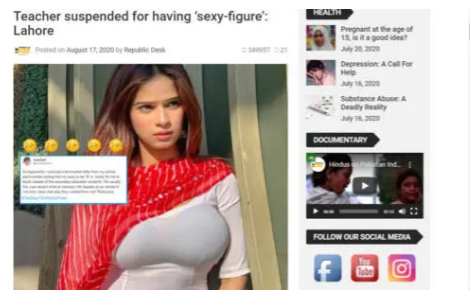 Photos which we saw on the internet were of an Indian influencer Sanjana Singh. 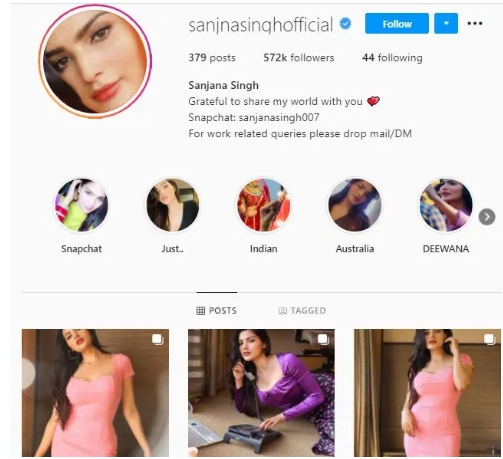