The iconic footballer Lionel Messi was sent off after facing red card of his Barcelona Career as they lost to Athletic Bilbao with 3-2 in the Spanish Cup final.

According to the media reports, Lionel Messi in his 753rd appearance for Barca, swung at Asier Villalibre in the final seconds of extra time as the Athletic forward ran across his path.

Referee Gil Manzano missed the incident at first but upon a VAR review, he showed Messi a straight red card for violent conduct.

This incident capped another exasperating episode in the Catalans’ season as they were impotent to close out the silverware, having twice led, moreover popping up Messi as an hashtag trending on social media as well.

Here is the Messi red card from tonight.. 🟥🟥🟥 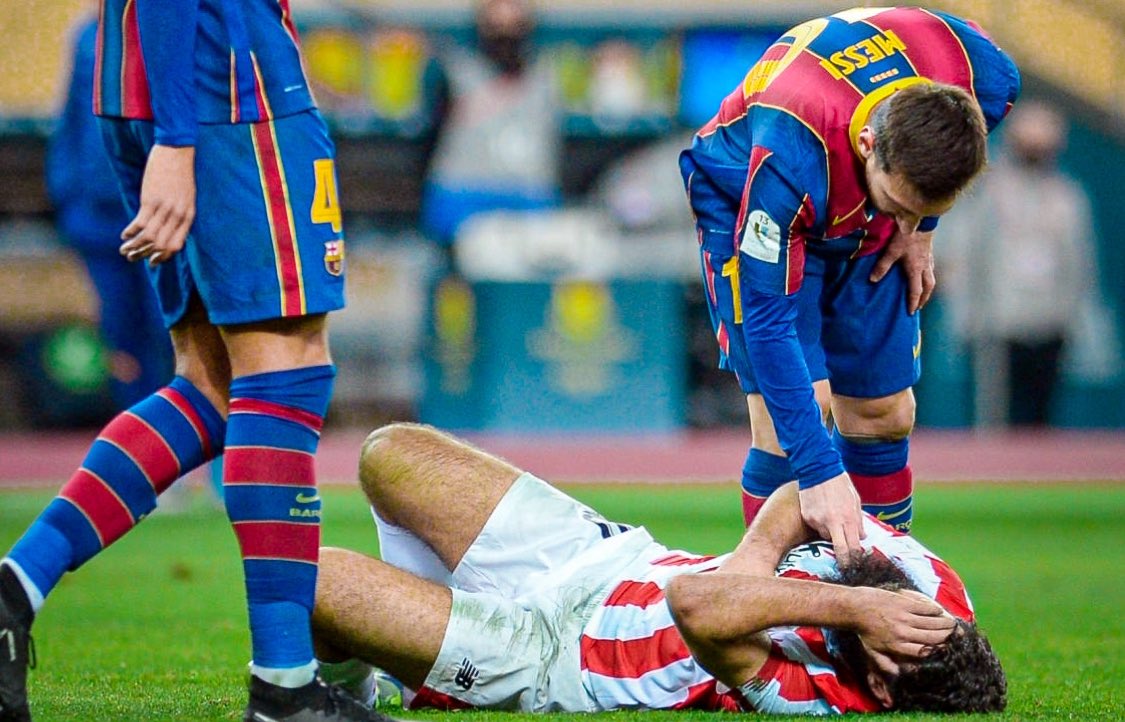 Antoine Griezmann continued his recent revival by finding the net twice only for Oscar de Marcos and Villalibre to reply for the Basques. Indeed, their second equaliser came in the 90th minute of the game.

In extra time, Iniaki Williams struck before Messi shown red in the 121st minute of the match.

The Barca forward could now face at least a four-game ban for his actions, depending on a review from the Spanish FA. That means at minimum the Lionel Messi could miss his side’s Copa del Rey tie against Cornella on Thursday, and La Liga matches against Elche, Athletic Club and Real Betis.

Messi scored his 644th goal for Barcelona during his side’s 3-0 victory over Real Valladolid to break Pele’s record of the most goals for one club. Brazil’s great Pele scored 643 goals in 19 seasons for Santos in his homeland between 1956 and 1974.

Messi created the first goal when his cross was headed in by Clément Nicolas Laurent Lenglet and started the move for the second, finished off by Martin Christensen Braithwaite.