Noor Bukhari appeals to trolls to not ridicule Saba Qamar

Former actress Noor Bukhari has appealed to trolls to not make fun of Saba Qamar and of girls wearing a hijab by making memes.

An image of the actress’ birthday party was brilliantly modified by the users on social media which was used to troll Saba Qamar. 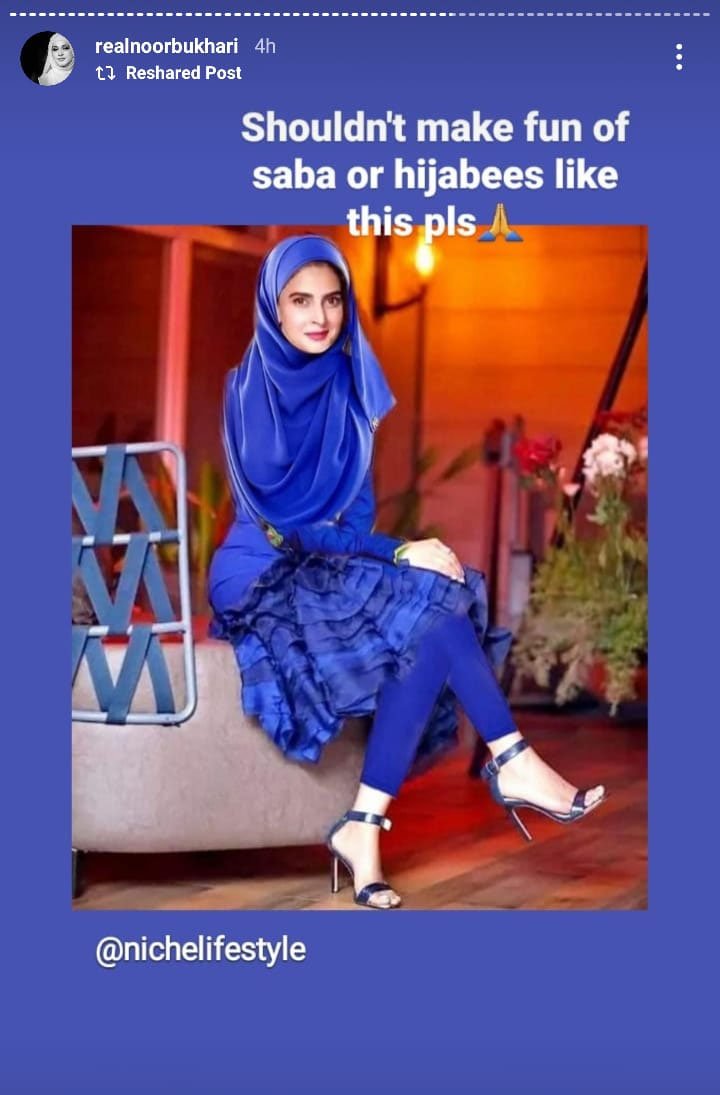 Noor Bukhari shared a modified photo of Saba Qamar on Instagram and wrote a message with it saying, “Shouldn’t make fun of saba or hijabees like this pls”

Before Noor Bukhari, Zoya Nasir had also come out in support of Saba Qamar and spoke about the double standards of the people.

Saba Qamar, on the other hand, seems to be enjoying the photo and the comments made on it. She shared the photo to her Instagram story and wrote, “Hilarious”. 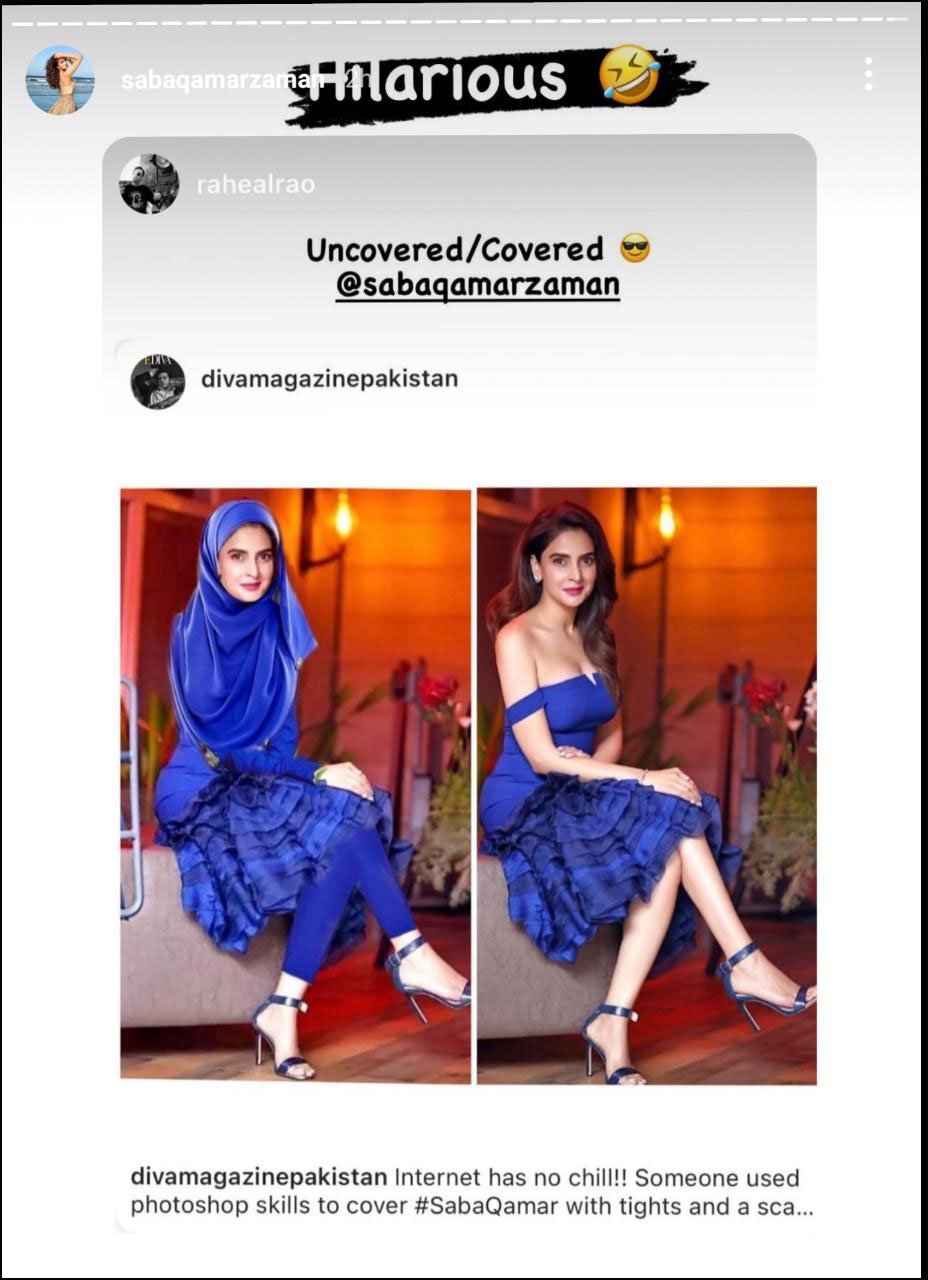