Celebrities came in support of Nimra Khan on her divorce

Celebrities came in support of Nimra Khan on her divorce

In an interview with Naumaan Ijaz, actress Nimra Khan, who purportedly separated from her husband after a few months of marriage, refused to speak on her relationship status. However, Raja Azam, with whom the actor married in April 2020, confirmed their divorce in a live session on Instagram Stories.

The video in which he explains why they divorced has gone viral on YouTube. He states on the live clip that he may be heard saying, “We are divorced.” And in a rather derogatory manner, he goes on to announce that he “got rid of her” because “she was a headache.” “I am old enough, I got rid of her, she was a headache, she was a proper headache,” Azam can be seen smoking in this video, which has also led netizens to inquire if he was drunk too, given his mannerism

Lately, actress Nausheen Shah taking to her Instagram account reacted to Nimra Khan’s ex-husband’s latest statement. Nausheen Shah mentioned in her story that Nimra Khan’s ex-husband was abusive, impulsive, disrespectful, and has a drinking problem. “Nimra Khan has gone through a lot in her life and tried her level best to make her marriage work. I’m glad she took a stand for herself. Her marriage was extremely toxic” 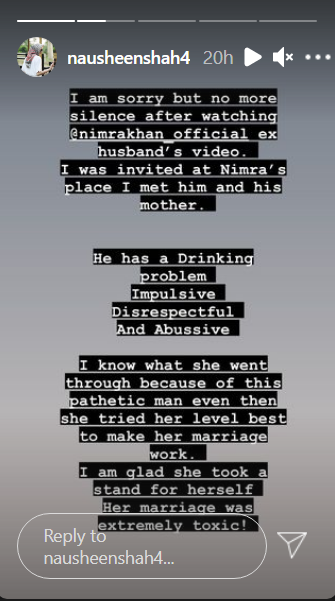 Mathira, a fellow model and actress, also spoke out in favor of Nimra Khan. Mathira took to Instagram to express her feelings about the incident and Nimra’s bad marriage experience. 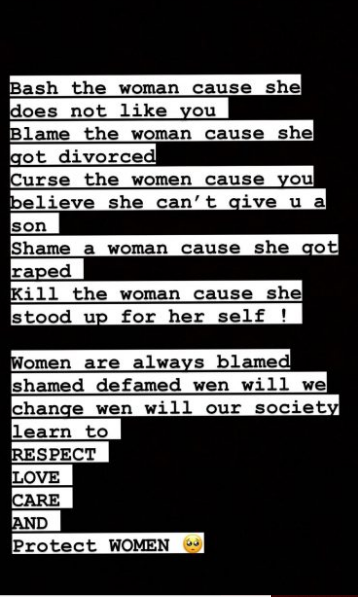 Actress Nimra Khan, a well-known actress in the Pakistani drama industry, has...

“Love of my life”: Priyanka Chopra wishes Nick with a special birthday surprise

Indian Premier League hostilities will resume on Sunday in the United Arab...

DUBAI: The Saudi central bank has inaugurated the first branch of the...