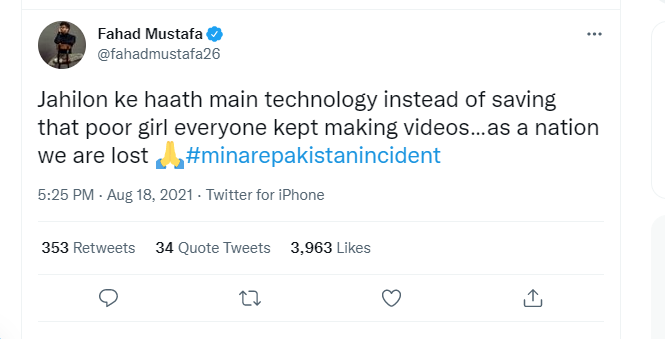 Instead of attempting to save her from a mob of 400 men, the Actor In Law star slammed the men who recorded the incident.

A video that recently surfaced shows a woman being sexually assaulted by a large group of men at Lahore’s Minar-e-Pakistan on August 14, Pakistan’s independence day. After a First Information Report (FIR) was filed, the incident was confirmed.

Minar e Pakistan Incident has taken a new turn, with the video...