Ryan Reynolds is the latest celebrity to join the #FreeBritney movement in the midst of Britney Spears’ conservatorship. Reynolds showed his support for the Toxic singer via Instagram story while promoting his film Free Guy. 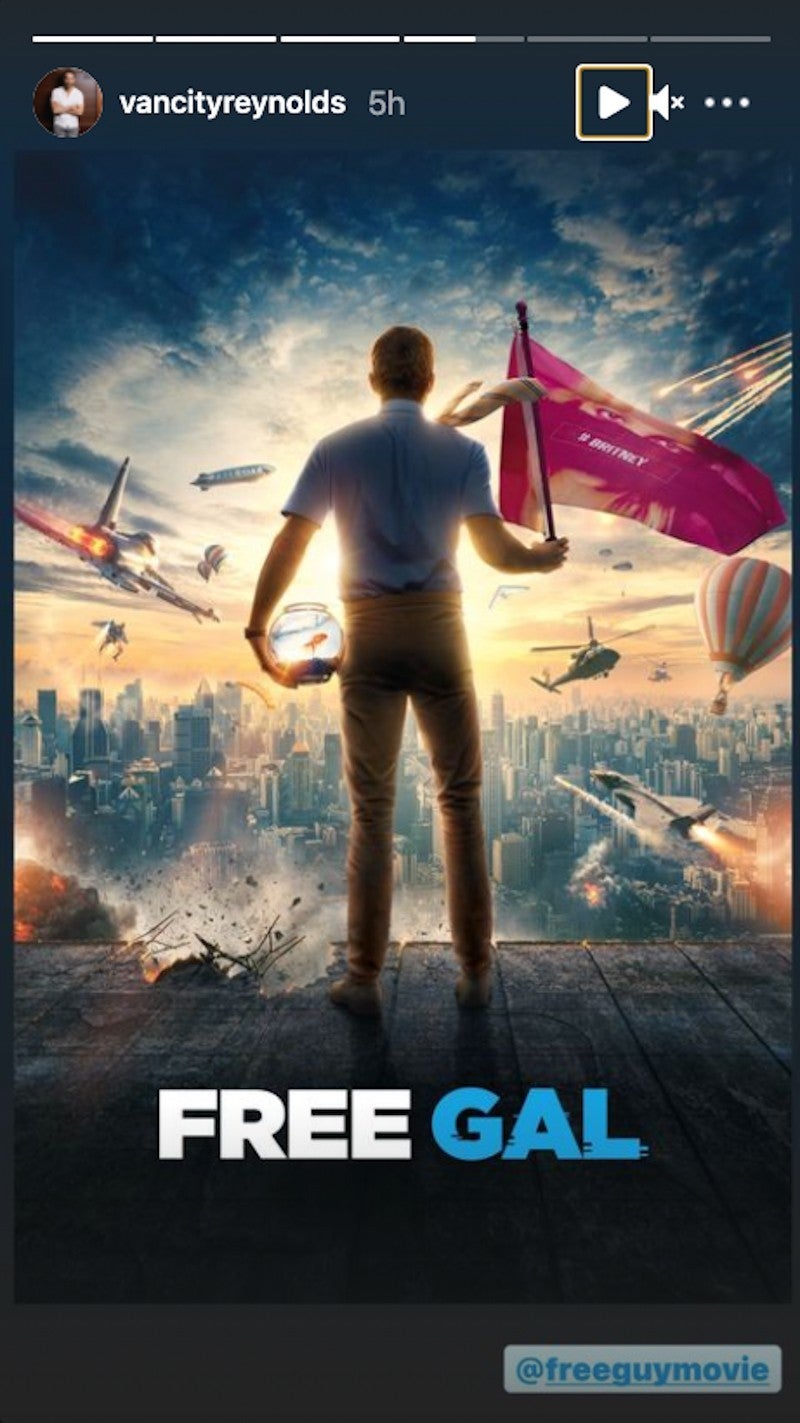 Reynolds made a play on his film’s title by writing “Free Gal” on the poster and swapping out the coffee cup he holds in his right hand for a flag with Spears’ face on it. Reynolds’ backing for Britney came after she received a key victory in the conservatorship. Britney’s father, Jamie Spears, had just filed legal filings saying that he is willing to step down as conservator of her estate the day before. Jamie claimed in documents acquired by ET that he is willing to relinquish his conservatorship of her estate “when the time is appropriate,” and that he wants to work with the court to ensure a smooth transition.

Spears’ lawyer, Mathew Rosengart, hailed Jamie’s decision to resign as “a big victory for Britney Spears and another step toward justice” in a statement to ET.

In 2018, Ryan’s wife, actress Blake Lively, expressed her admiration for Britney. Following her Met Gala appearance in a beaded Atelier Versace gown in 2018, the 30-year-old actress wore a glittery Versace checkered mini skirt with matching thigh-high boots and a white button-up. According to Lively, the outfit was a tribute to the singer of Baby One More Time. Blake told Vanity Fair, “The only reason we went to after-parties was so we could just change clothes, ” The theme was Catholic . . . the [red carpet look] was more historic, you gotta do a Catholic schoolgirl [for the after-party]. Any way I can get Britney woven in. There’s actually a funny picture with me and [director] Reed [Morano], we look like a Britney tribute show.”