Falak Shabir is a frequent social media user who brings his wife Sarah Khan a bouquet of roses (Gulab) every day. After cyclone Gulab changed its course in Pakistan over the week, chances of a climatic disaster became almost non-existent.

The entire country is taking a sigh of relief, while on the other hand netizens are mocking singer Falak Shabir, and congratulating him for his role in diverting the cyclone’s path.

While fans often gush over the duo’s love-filled PDA; however, this time the netizens are creating memes to pay gratitude to the singer. 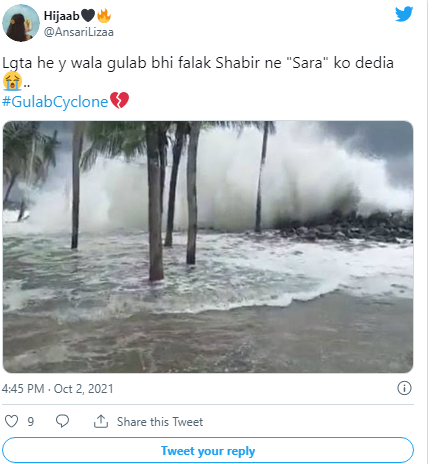 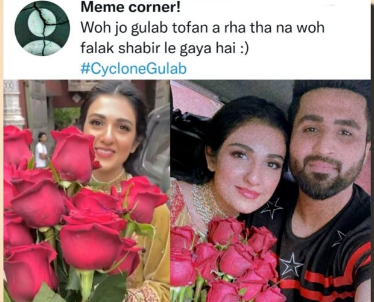 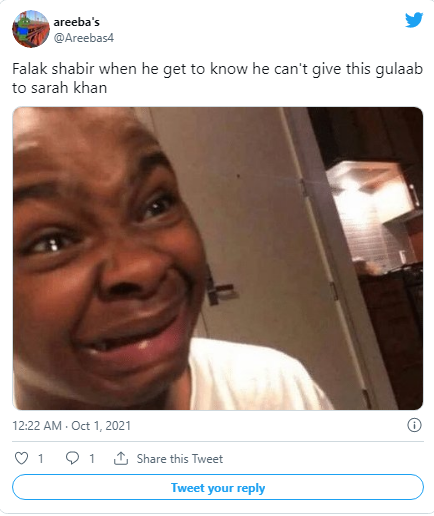 Even Falak can’t control his laugh over memes, he took to Instagram and shared the meme on his Instagram stories with laughter emoticons. 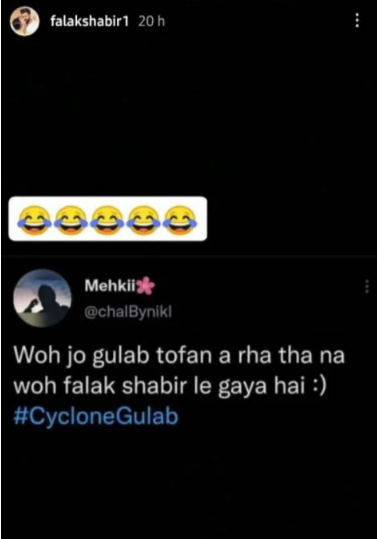 ISLAMABAD: Spokesperson to the Finance Minister Muzzammil Aslam on Wednesday rebuffed the...

RIYADH: Saudi Arabia's holding of US Treasury securities decreased by the end...