The Walking Dead premiered on August 22 with Negan (played by Jeffrey Dean Morgan) leaving Maggie (Lauren Cohan) to fend for herself as a horde of Walkers descended on their group in a subway tunnel. It was a move made after the possibly-not-so-reformed villain criticised Maggie’s leadership choices, accusing her of being too preoccupied with his presence.

In the new episode, she retorted, “We’re down here because up top is death, We’re moving fast because our kids are starving, and I’m calling the shots because that’s how everyone voted.”

Which makes sense, given that Negan is the baseball-wielding villain who murdered Maggie’s husband Glenn (Steven Yeun) in the season seven opener. Since then, Negan has done a slew of things to curry favour with the gang, including murdering Alpha (Samantha Morton) in season 10.

While we understand Maggie’s position, we can’t blame Negan for refusing to help the lady who wants him dead. What happened to Maggie in the tunnel? That is still unclear. 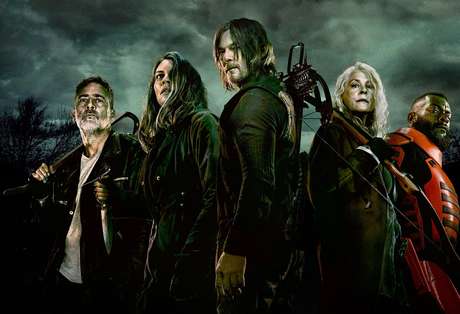 However, in an exclusive interview, Cohan suggested that this season’s antagonists will have a “push and pull” connection.

“For me, it’s like just when you think it’s one thing, something else comes into play,” she shared earlier this month, “or a corner is turned or there’s a new revelation, and then it feels like they go again one step back.”

Furthermore, the current enemies, a violent group known as “The Reapers,” are the “larger fish to fry right now,” as Cohan explained. So we’re hoping Maggie will be able to fight another day.

Cohan said she enjoyed the metaphor that came out of filming the harsh sequences in the underground location, stating, “we stepped down this tube into the depths of our own hell.”