Christmas movies on Netflix: The finest holiday movies and TV shows to watch

Hollywood remakes: The Good, The Bad and the Pointless

Nick Jonas is a famous Hollywood singer, songwriter, and actor. He started his career as a theater artist at the age of seven.

Sci-fi actions movies are all loved by the whole world and just like many other fans of the Sci-fi masterpiece, Dune, Nick Jonas also seems impressed by the Timothée Chalamet and Zendaya starred.

Recently, he took to Instagram account, the Sucker singer uploaded a video on a story in which he posted a scene of Chalamet, Oscar Isaac, Josh Brolin. 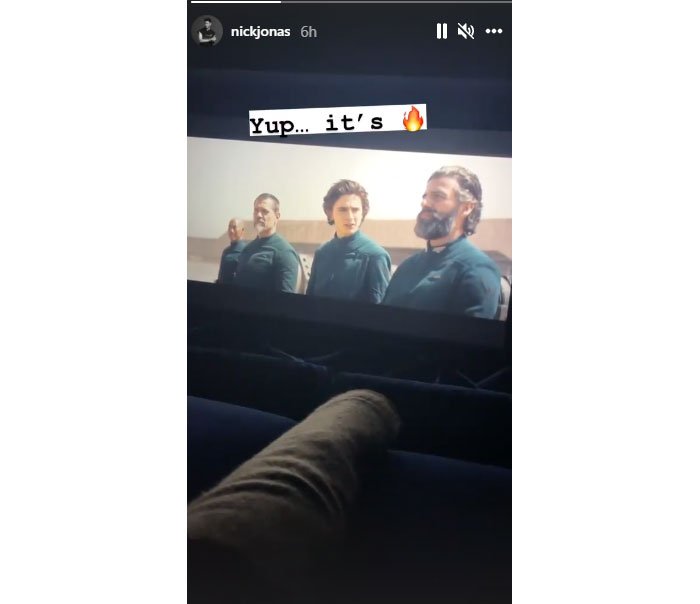 Dune has been earning an incredible response from viewers around the globe. Directed by, Denis Villeneuve, the film stars Jason Momoa, Rebecca Ferguson, and Dave Bautista’s acting skills will nail the story of the movie.

Nick Jonas spent his Saturday afternoon with his wife Priyanka Chopra and...

Tom and Zendaya reveals how they overcame their height difference

Tom Holland and Zendaya, who play Spider-Man: No Way Home and are...

Money Heist 5 finale: The ending has left fans in tears

After premiering the second half of the final season of Money Heist...

An airline was supposed to pay a huge amount to a renowned...

Katrina Kaif is to marry Vicky Kaushal on December 9 in Rajasthan. She was snapped...

Arjun Kapoor and Malaika Arora Maldive's diaries keep getting better and better with...