The New Zealand Cricket (NZC) knows the impact of the last-minute withdrawal from the Pakistan tour. It has impacted Pakistan Cricket and its fans, who were eager to see international cricket return to the country.

Black Caps, in its latest tweet, shared a video showing the New Zealand squad getting off the plane in Aukland from Dubai.

However, netizens were the first to notice that the comments have been turned off, from the fear of backlash from cricket fans around the world.

“The 24-strong BLACKCAPS touring squad have arrived home into Auckland from Dubai and will shortly begin the mandatory 14 days in MIQ,” reads the post on Twitter.

The 24 strong BLACKCAPS touring squad have arrived home into Auckland from Dubai and will shortly begin the mandatory 14 days in MIQ. pic.twitter.com/VVa86O698g

The commenting was turned off on the tweet, but this did not stop the netizens from quoting the tweet and lashing out at them. 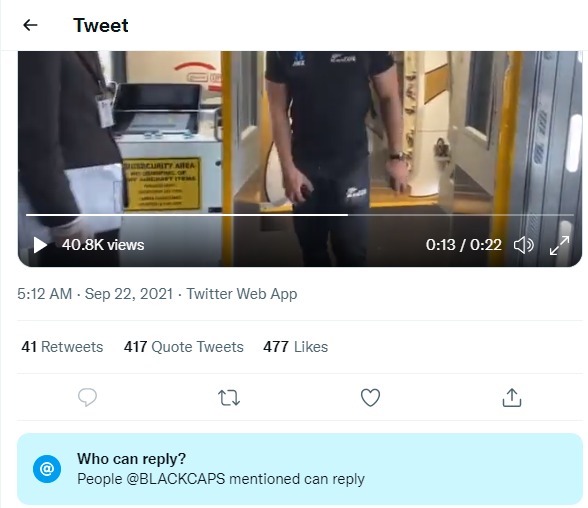 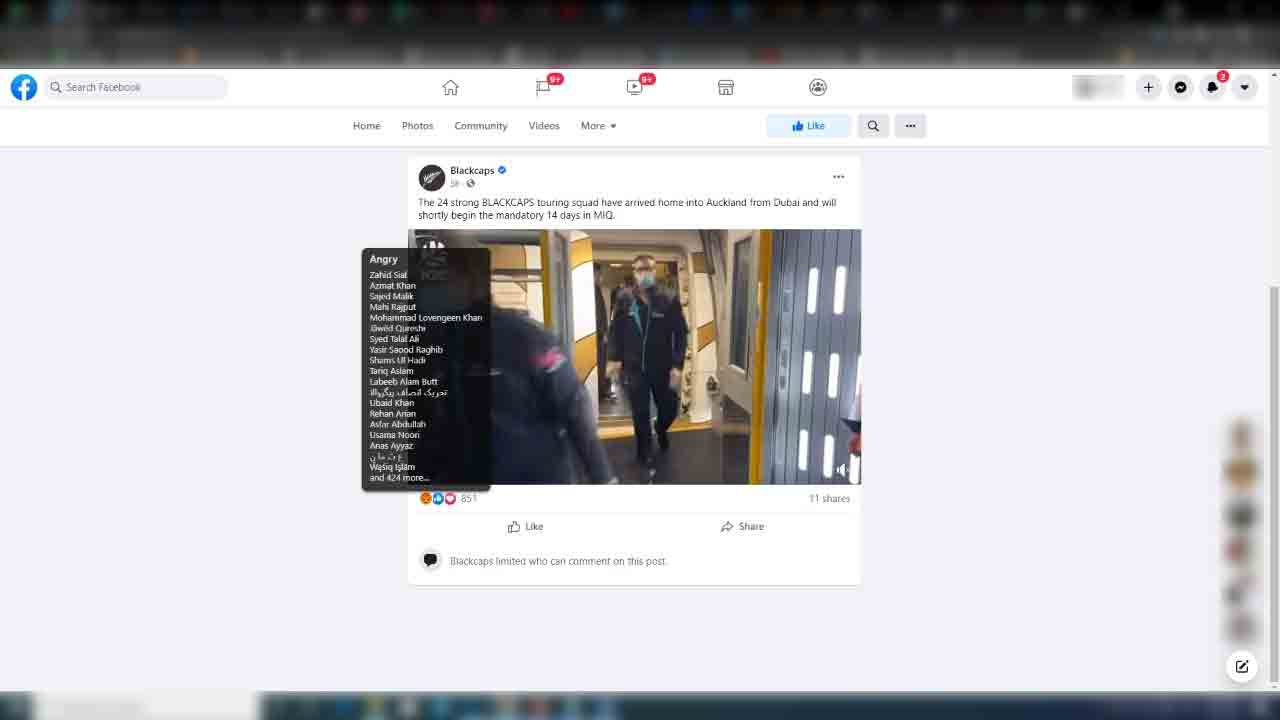 Say strong Blackcaps and then turn the comments off 😂😂😂 https://t.co/rszUYagZLP

Zubair Ali Khan was really direct with his question.

Strong @BLACKCAPS why did you disable the reply option in the tweet https://t.co/BOF1R3tXNY

SM Hamza replied that the Black Caps are afraid of being called out for abandoning the tour at the last moment.

@DennisCricket_ 24 strong 'grown men' who are afraid of being called out for being ridiculous so the comments are turned off. Cowards https://t.co/kjfmCP8Pnr

New Zealand called off the tour when there were only a few minutes to the ODI on Friday saying that they had received a security alert from their government.

England and Wales Cricket Board (ECB) followed in the footsteps of NZC and called off the tour.

Expressing regret, the ECB had said, “we understand that this decision will be a significant disappointment to the PCB”, who have worked tirelessly to host the return of international cricket in their country.

ECB’s decision to cancel tour was ‘writing on the wall’: Shoaib Akhtar

Former cricketer Shoaib Akhtar said on Monday that the cancellation of the...

New Zealand paceman Lockie Ferguson has been ruled out of the ICC...

Pakistan made an exceptional start to their ICC T20 World Cup 2021...

Pakistan wicketkeeper-batter Mohammad Rizwan has come out in support of India's fast-bowler...

Afghanistan crushed Scotland by a huge margin of 130 runs in a...