Qureshi since taking charge of his post has faced controversy one after another. Under his supervision, various FIRs have been registered against journalists including Amir Mir, Imran Shafqat and Tanveer Hussain.

The first explanation notice was served on October 6 for the posting orders issued to eight senior cybercrime officials.

In the letter, ADG Dr Sadiq wrote that Qureshi had issued posting orders of officers, for which he was not authorised.

As per the rules, the FIA director general is the only one who has the authority to transfer directors and additional directors. On the other hand, the ADG is empowered to transfer officers of BPS-17 & BPS-18.

The ADG wrote that if the director operations wishes to transfer officers of BPS-17 or 18 then he or she can only put forward a recommendation before his reporting authority. He added that the director can only transfer and post officers up to BPS 16, only.

Dr Sadiq, in the letter, noted that Qureshi had been issuing orders that were in complete violation of the rules and a blatant disregard of the chain of command. Undermining the chain of command was the highest form of indiscipline and misconduct, noted Dr Sadiq.

“You [Babur Bakht Qureshi] are therefore called upon to explain your position within 7 days of the receipt of this explanation letter as to why disciplinary action should not be initiated against you under relevant rules,” read the letter.

While the second explanation letter was served to Qureshi on October 8 after “certain violations” came to the ADG’s “knowledge”.

“Sub-Inspector Uzma Aslam was suspended by you vide office letter No. Dir/Operations/CCW/2021/2557-60 dated 17.08.2021 without approval of the competent authority. Only after the directions of this office vide SO/ADC/CCW/HQs/RA/2021/410 dated 31.08.2021 that you got it regularised from the competent authority,” read the letter.

However, the ADG noted that despite being asked to “conduct official business” under the prescribed rules, Qureshi continued to issue illegal orders.

The ADG observed that the director operations had given “punishment” to Inspector Shumalla Saeed, Sub-Inspector Najeeb Ullah Niazi and others by transferring them.

When the orders were challenged in the Lahore High Court the ADG was directed to personally hear the petitioner and decide per the law.

“Neither transfer can be awarded as punishment under E&D Rules, nor can you on your own invent and inflict a punishment on a government servant without observing proper procedure or prescribed under rules,” noted the ADG.

Dr Sadiq noted that such “unacceptable conduct” by a BS-20 officer was disappointing as he should have been “well versed with legal framework and procedures” considering his seniority and experience.

“You are, therefore, called to explain as to why disciplinary proceedings should not be initiated against you under E&D Rules,” read the letter.

Meanwhile, Bol News learnt that Qureshi instead of responding to the letters levelled serious allegations on ADG Dr Sadiq.

In an October 15 letter to FIA DG Sanaullah Abbasi, Qureshi claimed that he was “pressurised time and again” by Dr Sadiq to allegedly favour the accused in cases registered with CCW.

Qureshi claimed that the ADG transferred Assistant Director Imran Haider for the investigation of suspect Masood ur Rehman. The suspect has been accused of uttering contemptuous remarks against the chief justice of Pakistan.

The director operations, further alleged, that Dr Sadiq transferred the AD at a time when he was investigating many members of parliament allegedly found to be involved in the case.

The story of Qureshi’s illegal handling of cybercrime affairs does not end here.

The director operations, a day before he was served with the first explanation notice, had written a letter to director administration FIA Islamabad.

In the letter, he had accused three senior cybercrime officials of misconduct in handling a journalist facing blasphemy charges.

According to Jamil, on October, 1 he received directions from the FIA’s director operations to take up the matter and register an FIR against Tanveer. He added that he was also ordered to take Tanveer’s custody from local police for investigations.

According to the senior FIA official, after discussing the matter with DD CCRC Rawalpindi Siraj Panhwar and AD Legal Malik Sikandar Zaman it was found that the court had issued the order to produce the suspect before it.

“Upon the response of undersigned, the worthy director operations talked to DD CCRC and SHO Shamaila Saeed and gave directions through voice message on WhatsApp to register the FIR and take the custody of the accused but FIA’s Rawalpindi team opposed any such illegal direction which was endorsed later by the honourable court as well,” wrote the FIA official.

The court, in its order, stated that the complaint of an individual cannot be entertained as per section 196 CRPC. It added that the case cannot be registered till a complaint is made by the federal or provincial government.

Furthermore, the court observed that in the given situation there was no ground to proceed against the suspect and ordered his release.

The additional director further wrote that Deputy Director CCRC Rawalpindi Siraj Panhwar, AD Legal Sikander Zaman and Shamaila Saeed had acted under the law and no one followed on the “unlawful” direction given by the director operations.

The FIA officer maintained that Qureshi’s remarks were “biased, devoid of facts” and based on his interpretation of the law.

Bol News tried to reach out to Director General FIA Sanaullah Abbasi and Qureshi but they did not respond till the filing of this report. 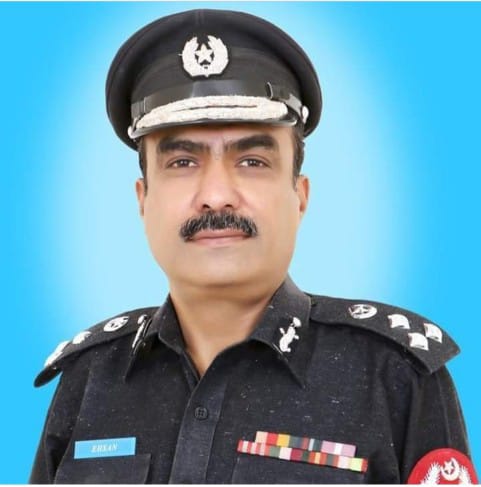 On the other hand, sources close to ADG Dr Sadiq told Bol News that since Qureshi took over the charge as director operations the senior FIA official has had no contact with him.

He said allegations of Qureshi of pressuring him to favour the accused are baseless and he would respond to these accordingly.

To a query, sources stated that by levelling baseless allegations against the ADG, Qureshi has tried to mislead the courts to cover his “illegal acts”.

Officials also shared that Dr Sadiq has already held a meeting with DG FIA and brought the entire matter to his knowledge.

ISLAMABAD: PML-N Spokesperson Marriyum Aurangzeb has demanded the inclusion of cameramen and...

ISLAMABAD: The Islamabad High Court (IHC) said on Tuesday that it giving...

ISLAMABAD: Religious scholars from all sects on Tuesday called the levelling of...