The actress recently posted a series of heart robbing pictures on Instagram from her popular drama serial Lapaata. 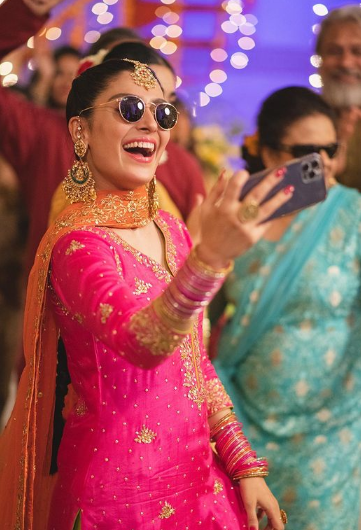 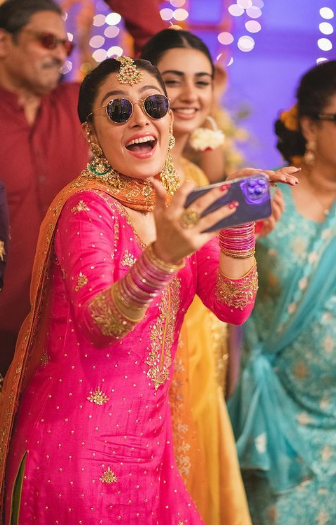 In the pictures, the Mere Pas Tum Ho actress looks absolutely stunning in a shocking pink embroidered shirt with green bottoms and an orange dupatta. She completed her look with a heavy Kundan earpiece and goggles.

It should be noted that Ayeza Khan is the most followed actress of Pakistan with 10 million followers on Instagram.

Sana Fakhar is an internationally acclaimed star who is known as an...