Kane Williamson shifts at the top in ICC batting rankings

The Kiwis Skipper hit a match-winning century in the opening Test against Pakistan to help New Zealand win by 101 runs at Mount Maunganui on Wednesday.

“It’s about trying to do as much as you can for the team. If you can contribute as much as you can and it can be reflected on the rankings, that’s really cool.” Williamson said in his response after being at the top in the latest ICC Test rankings.

📽️ WATCH: The new World No.1 in Tests reacts to the latest ICC Rankings update 🙌 pic.twitter.com/qIAZTrPdTS

Kohli, who top scored for India in their eight-wicket thrashing by Australia in the series opener in Adelaide, has returned home for the birth of his first child.

For Pakistan, Fawad Alam’s career defining second-innings century lifted him 80 places to 102nd position while wicketkeeper Mohammad Rizwan’s scores of 71 and 60 have helped him advance 27 places to a career-best 47th position. Left-arm fast bowler Shaheen Afridi has moved from 35th to 33rd after grabbing four wickets in the first innings. Pakistan Skipper Babar Azam took the number five spot in the rankings with 789 points at the average of 45.44.

Furthermore the Indian debutants Shubman Gill and Mohammad Siraj have made notable entries in 76th and 77th positions in the list for batsmen and bowlers, respectively. Gill scored 45 and 35 not out opening the innings while Siraj finished with five wickets in the match. 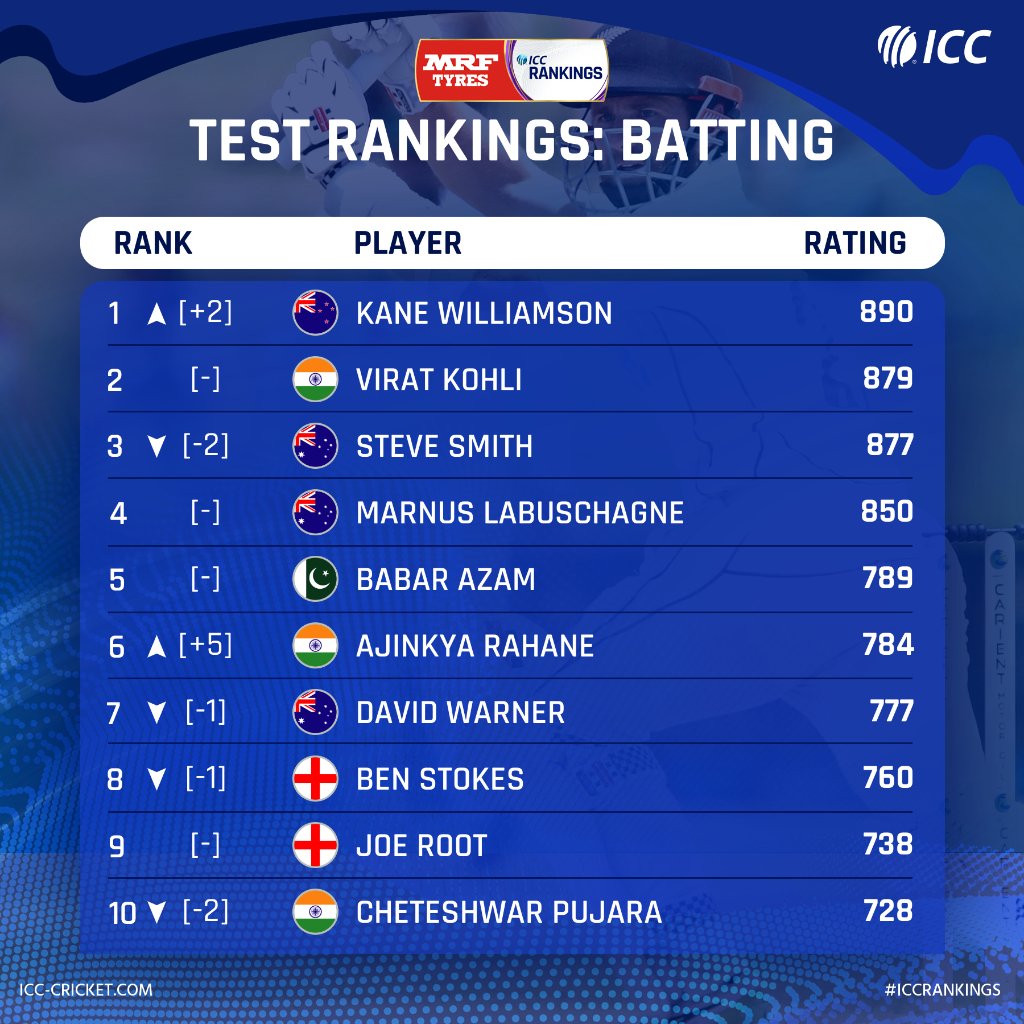 New Zealand (NZ) captain Kane Williamson has revealed the birth of his...

A hard-fought win by India against Australia in the fourth test takes...

India has won the fourth test against Australia by three wickets with...

The Board of Control for Cricket in India (BCCI) is unlikely to...

Pakistan on their home ground won’t be like they were in New Zealand, says De Kock

Proteas skipper Quinton de Kock has said that he thinks Pakistan is...

England wrapped up seven wicket win against Sri Lanka in the first...

Hareem Shah and Mufti Qavi have become the talk of the town...

The future is now: Travel Anywhere Anytime with a cordless Hair Dryer

It’s time to free yourself from both 2020, and also from tangled...

A hard-fought win by India against Australia in the fourth test takes...