British celebrity chef Gordon Ramsay runs his own restaurant chain that consists of 35 eateries. He offers expensive food items and his eatery inside London’s Harrods department store offers a $106 burger on the menu.

However, he tried an extravagant burger seven times more expensive than that one. He shared his experience on the first episode of his show “Gordon Ramsay’s American Road Trip”.

Ramsay visited Las Vegas (“one of the most competitive cities in the world for cuisine,” according to the celebrity chef) with his two cohosts Gino D’Acampo and Fred Sirieix. He went to try a $777 burger at Burger Brasserie.

According to Ramsay, the pub is known for its 777 burgers, which is made with an American Wagyu patty, lobster meat, American goat cheese, pancetta, foie gras, arugula, and 100-year-old balsamic vinegar. 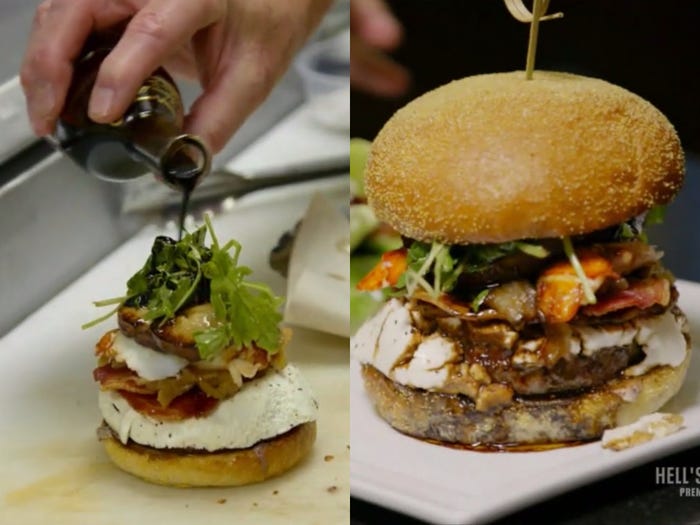 How was the taste?

D’Acampo and Ramsay tasted the burger and both thought t it was delicious. “The lobster and foie gras really come through,” D’Acampo said, “which I was not expecting to go together.”

However, Sirieix was not happy with the price tag. “It’s alright,” he said. “I just can’t compute the price and the taste.”

The “MasterChef” judge says Las Vegas currently has “the greatest collection of top chefs anywhere on earth” and that “even the humble burger has been elevated to an art form” in the city known for its massive hotels and casinos.

With more than 11 million followers on TikTok, Jannat Mirza has left...

Harassment is aggressive pressure or intimidation, which obviously is not acceptable in...

Pakistani actress Sonya Hussyn has been in the limelight for quite a...

With more than 11 million followers on TikTok, Jannat Mirza has left...

Harassment is aggressive pressure or intimidation, which obviously is not acceptable in...