The Ocean Photography Awards 2021 winners have been revealed, with Aimee Jan taking first place for her photograph of a green turtle surrounded by glassfish. Ms. Jan said of her photo, which she took in Australia. “I was out snorkeling when one of my colleagues told me there was a turtle under a ledge in a school of glassfish, about 10 meters down.”

She added, “When I dived down to look, the fish separated around the turtle perfectly. I said to her: ‘I think I just took the best photo I have ever taken” Ocean Photographer of the Year was awarded to Aimee Jan. 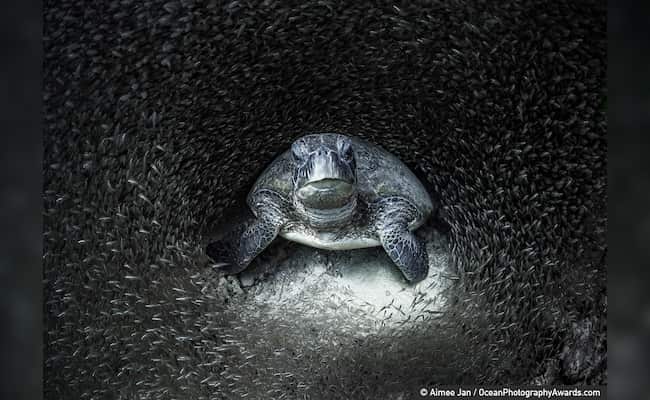 There were seven additional prizes in the competition, in addition to Ocean Photographer of the Year. Henley Spires was awarded second place for her photograph of seagulls, while Matty Smith was awarded third place for his beautiful photograph of a turtle hatchling. The winners are on display in London, UK, as part of an exhibition. 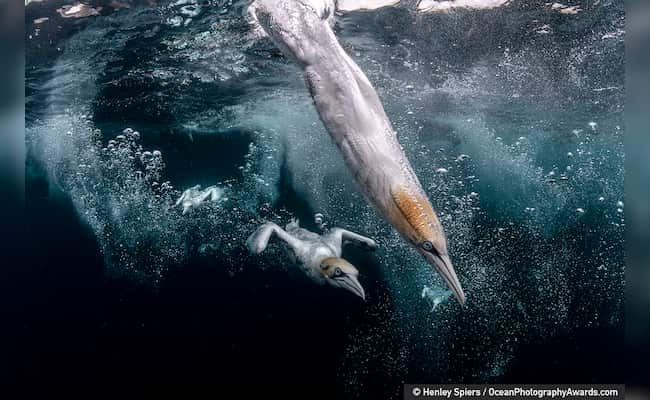 According to Henley Spiers, a photographer, “Diving in amidst the barrage of gannets, I witness the violent synchronicity of these impressive seabirds as they embark on fishing dives.”

“They hit the water at 60mph, an impact they can only withstand thanks to specially evolved air sacs in the head and chest. The bird’s agility transfers from air to see where it also swims with incredible speed,” he added. 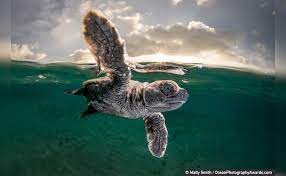 In Matty Smith’s image, a hawksbill turtle hatchling, only 3.5cm long and a few minutes old, takes its maiden swim, “It had emerged from an egg just minutes earlier with approximately 100 of its siblings. They quickly made their way into the ocean to disperse as rapidly as they could and avoid predation from birds and fish. I had to work quickly for this shot,” revealed the photographer. 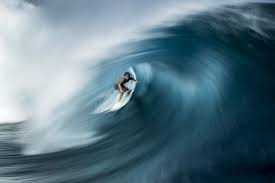 Ben Thouard took home the Ocean Adventure Photographer of the Year award for his photograph of a surfer riding the Teahupo’o wave in Tahiti. 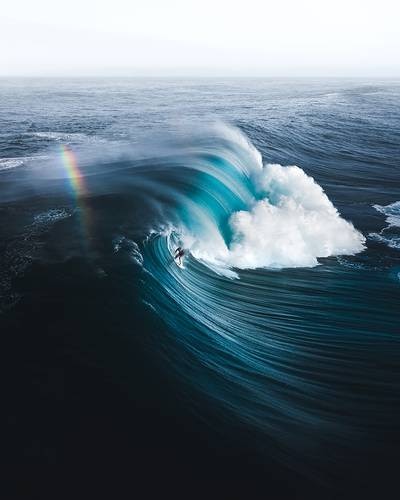 People voted for Phil de Glanville’s photo of surfer Jack Robinson surfing “the famous break known as ‘The Right’, home to some of the heaviest waves in the world,” in the Community Choice Award category. 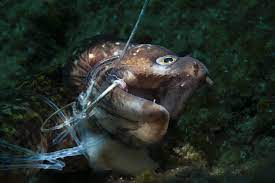 Kerim Sabuncuoglu was named Ocean Conservation Photographer of the Year for a photograph of a dead moray eel on an abandoned fishing line in Turkey. 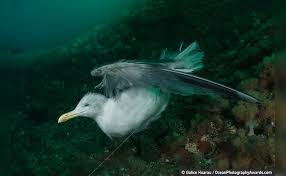 Galice Hoarau placed second in the Conservation category with a photograph of a bird trapped in a ghost fishing line. 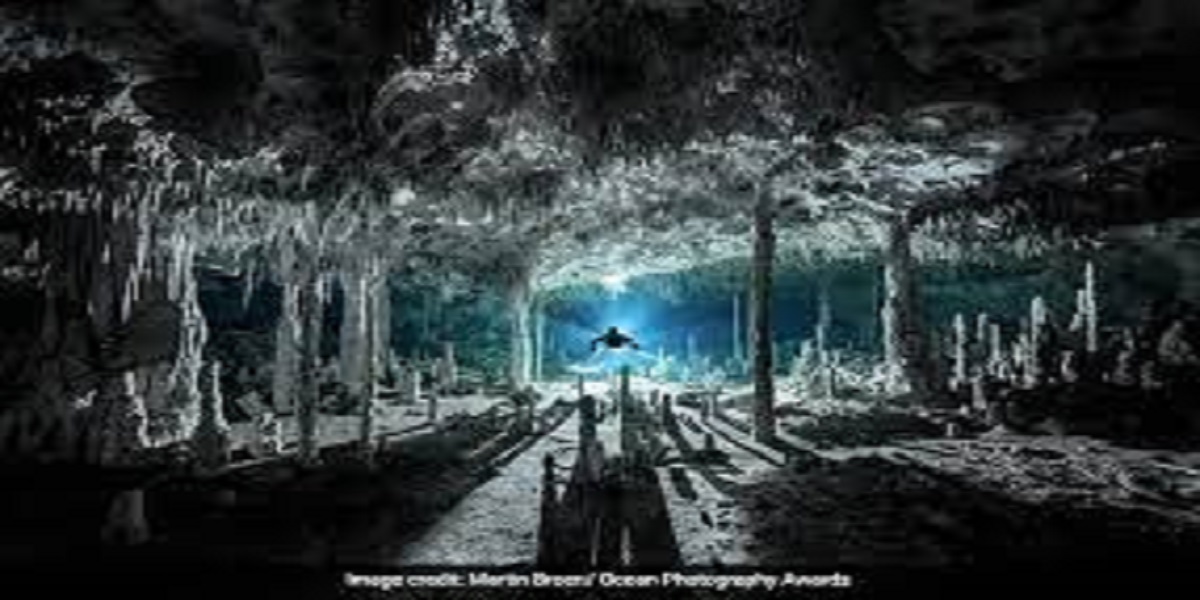 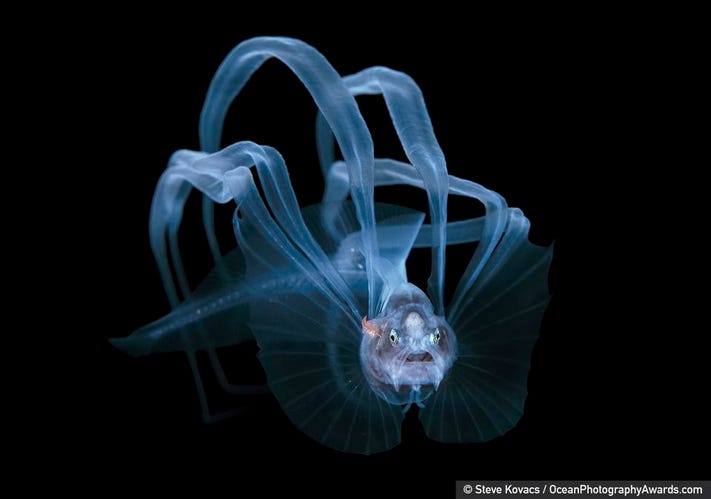 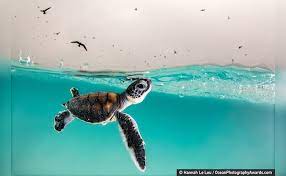 Hannah Le Leu was awarded Young Ocean Photographer of the Year in the meanwhile. She characterized her shot as, “A green sea turtle hatchling cautiously surfaces for air, to a sky full of hungry birds.”

Apple claims that the new device would clean any Apple display "safely...

On Tuesday, a Spanish drone operator obtained authorization to use a remote-controlled...

Bear enters the house and destroys the computer display

When a bear broke into his family's house and destroyed his son's...

Kumar sang the iconic Aradhana song, which was created by legendary music...

After being identified as a rare item from 1902, a glass vase...