Kangna Ranaut claims to be the ‘most powerful woman’

Kangna Ranaut claims to be the ‘most powerful woman’

Kangana Ranaut declared herself India's "most powerful woman" after filing a Supreme Court appeal to have her future social media posts controlled, altered, or modified before being shared online.

Kangana Ranaut declared herself India’s “most powerful woman” after filing a Supreme Court appeal to have her future social media posts controlled, altered, or modified before being shared online.

Kangana Ranaut uploaded a news item about a request seeking censorship of her future social media posts in order to maintain law and order on Instagram Stories. she wrote, “Ha ha ha most powerful woman in this country,” she wrote along with it. She added a crown emoji as well. 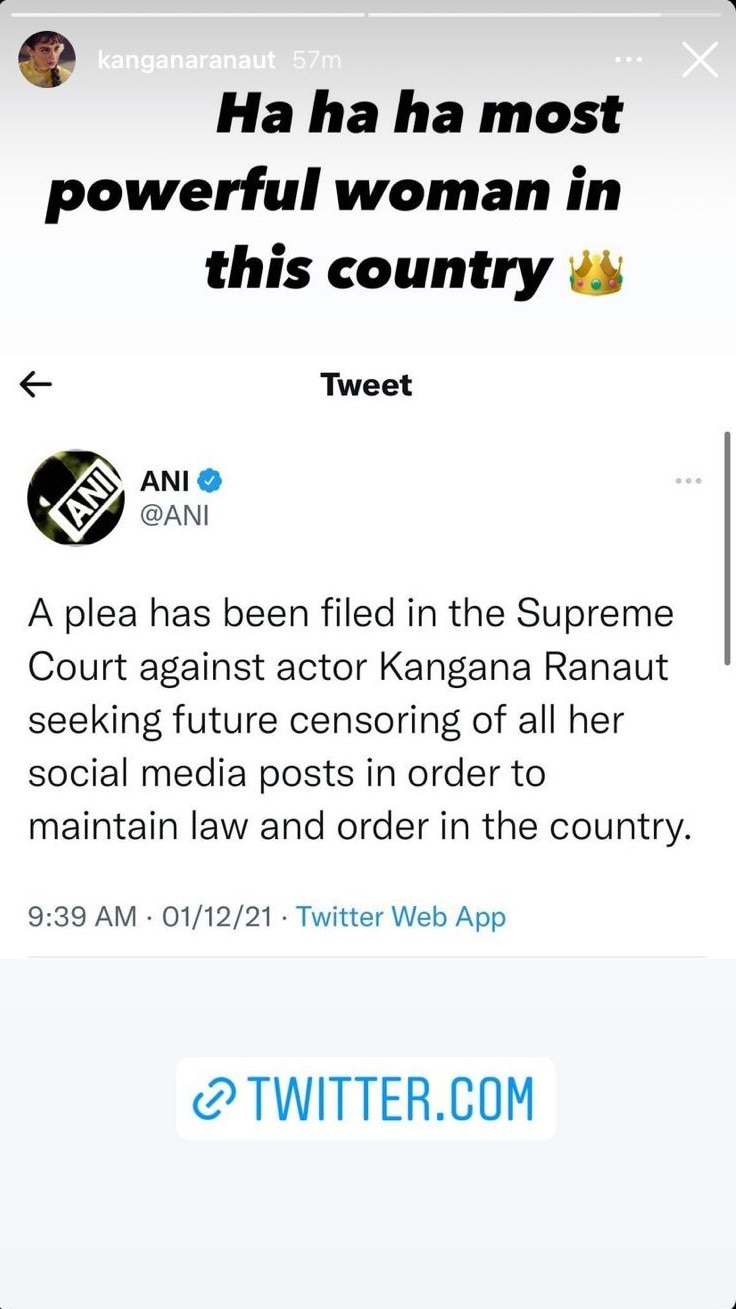 In his petition, lawyer Charanjeet Singh Chanderpal further requested that all FIRs registered against the actress be transferred to the Mumbai police station of Khar. He expected that the charge sheet would be filed in six months and that the trial would be completed in two years.

“The remarks are not only outrageous and blasphemous but also intend to cause riots, hurt religious sentiments, they are defamatory as well as portray Sikhs in a totally anti-national manner. It also justifies the innocent killing of Sikhs. The remarks are totally against the unity of our country and the actress deserves a serious punishment in law. They cannot be brushed aside or excused,” the plea read.

Her social media posts must be amended, deleted, modified or censored to maintain law and order, the plea said.

Policeman among 3 killed in Islamabad firing

ISLAMABAD: A policeman and two armed robbers were killed while four others...