Palestinian-American supermodel Gigi Hadid converted almost half of her office into a playroom for her daughter, Khai.

Gigi recently had a question and answer session with her fans on her Instagram account in which she also shared several photos that fans had never seen before. 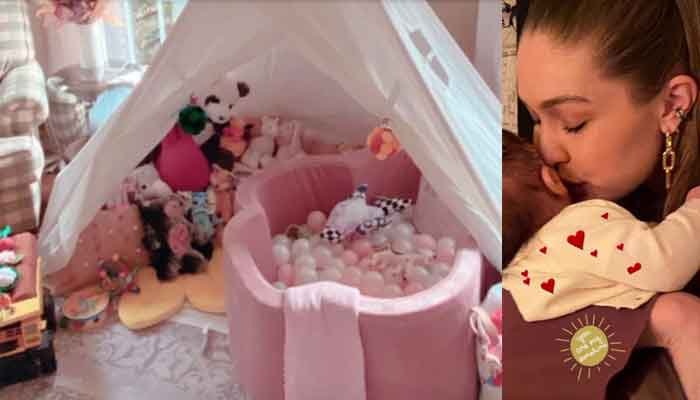 A fan of Gigi Hadid asked her to share a photo from January 25, after which she shared a photo showing her daughter Khai’s toys.

After sharing the photo, Gigi Hadid said, “I have converted half of my office into a dining room.”

Zayn Malik and Gigi Hadid welcome their daughter Khai in September last year and have yet to share a clear picture of their daughter.

Model and new-mom Gigi Hadid previously shared a glimpse of her daughter on Instagram and shared an adorable picture holding her little angel’s finger.

As soon as the former pillow talk singer announced the birth of his daughter, the supermodel mom also took to Instagram to share an adorable photo of her daughter.

Taking to her Instagram, Gigi captioned the picture, “my girl !”

Supermodel Gigi Hadid was feeling the love this Valentine's Day. She spent some...