What did Dananeer Mobeen say to Mahira Khan?

What did Dananeer Mobeen say to Mahira Khan?

Mahira Khan also jumped to the #pawrihorhihai trend and shared a dance video on her Instagram account.

Mahira along with her friends including Momal Sheikh recreated the video and danced on the track made by Indian composer Yashraj Mukhate.

Dananeer shared a screenshot to her Instagram story of Mahira Khan’s video and called her a ‘Queen’. 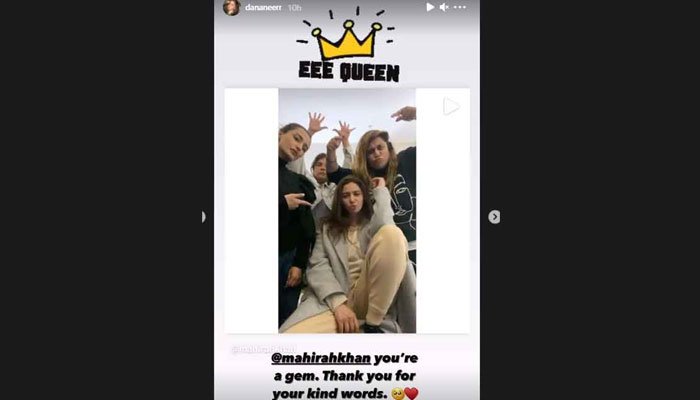 Dananeer wrote “Mahira Khan you’re a gem. Thank you for your kind words.”

The Raees actress had expressed good wishes for Dananeer in the caption of the video saying, “You’re suppaaa my love ♥️ @dananeerr may your future be bright bright. Shine on! Ameen.”

Dananeer Mobeen speaks about her marriage

Dananeer Mobeen, the girl who became a social media star overnight after...