Mathira is a Pakistani model, television hostess, singer, and actress. She was born in Harare, Zimbabwe on February 25, 1992. Her childhood was spent in her hometown. She later returned to Pakistan.

She began her career in showbiz by appearing in Malko’s music videos for ‘Desi Beat,’ ‘Nachdi Kamal,’ ‘Wo Kon Thi‘. In 2011, she demonstrated her hosting abilities on Vibe Television’s ‘Love Indicator,’ a late-night show. She is known for her leading role in several television serials including Bv Se Bv Tak, Naagin.

Mathira, the daring and beautiful actor-host, has removed all of her pictures and videos from her social Instagram accounts.

she wrote, “I have removed my pictures for something. These 10 days of Muharram are different for every person. I attend Majalis and all so I don’t want my profile to have any pictures that are inappropriate for this month.” 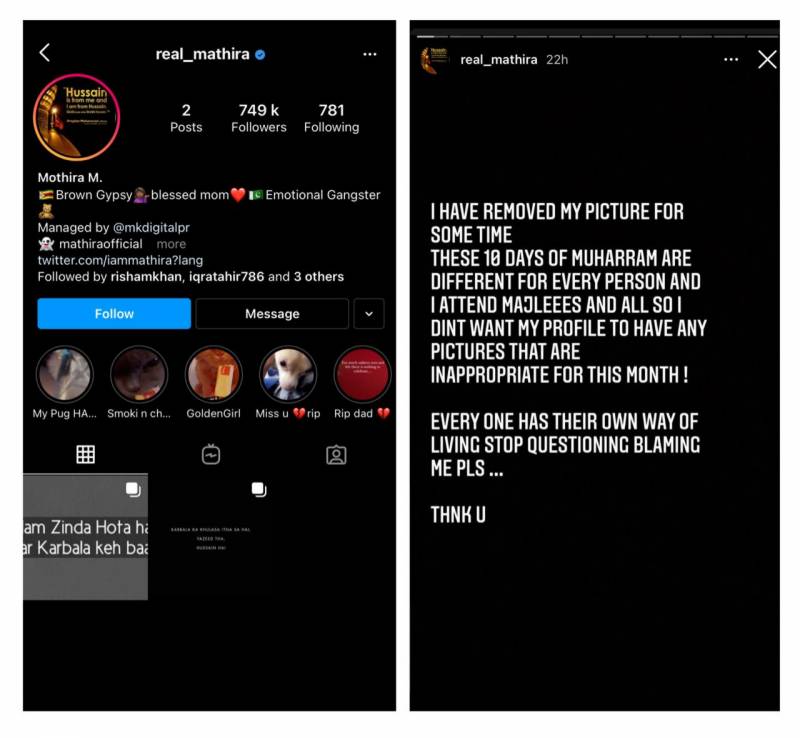 Mathira, who has been in the news for her outspoken statements, has...