According to Indian media, Rhea Kapoor tied the knot with her long time friend Kiran Bolani. The couple got married at Anil Kapoor’s Joho bungalow, which was attended by family members as well as friends of the bride and groom. 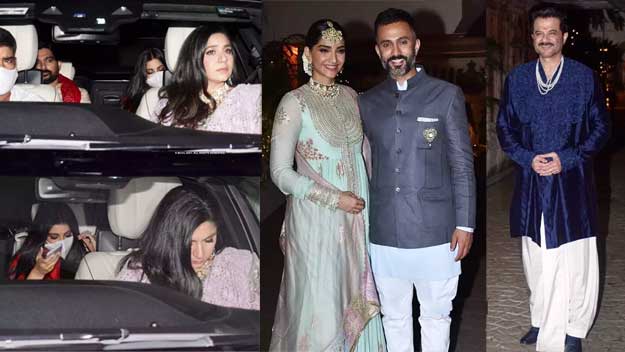 The wedding photos have not yet been shared with the media by the Kapoor family. However, photos and videos of Rhea Kapoor’s vacation time taken by journalists are circulating on social media.

After the wedding, Anil Kapoor distributed sweets to media persons outside his house. On this occasion, Anil Kapoor appeared in a navy blue dress and white dhoti.

According to Indian media reports, Rhea and Karan Bolani have been together for the last 13 years. Rhea is a producer and Kiran Bolani is a filmmaker and he has worked as an assistant in the films “Ayesha” and “Wake Up Sid”.

Did You Know? In which Film Actress Sonam Kapoor Was Paid Only 11 Rupees

Mena sees 48% drop in IPO proceeds in first half

DUBAI: The Dubai villa segment has a bright outlook and is expected...

The Security Forces on Monday during an intelligence-based operation (IBO) conducted in...

DUBAI: The Central Bank of the UAE has said that the Covid-19...