Did you know which is the worlds famous black sand beach?

Pakistani actress Sonya Hussyn lashes out at LUX Style Awards 2021 for not nominating her popular drama serial Saraab in any category.

Took to her Instagram, Sonya wrote in her story that, “It is very disappointing to see that a project like Saraab did not bag even a single nomination at LSA 2021.”

“We talk about the meaningful content that also educated masses with real issues but when finally created they are hardly ever recognized/nominated for awards,” she stated. 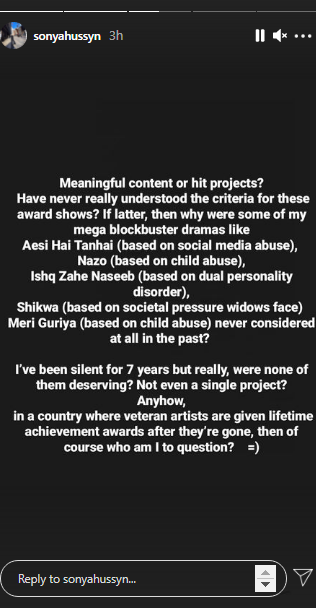 The actress further spoke about some of her major projects being snubbed in the previous years too.

“Have never really understood the criteria for these award shows? If later, then why were some of my mega blockbuster dramas never considered at all in the past?”

Lastly, she wrote in a very angry manner, “I have been silent for seven years but really, were none of them deserving? Not even a single project?”

Anyhow, in a country where veteran artists are given lifetime achievement awards after they’re gone, then of course who am I to question?”