Users spend more time on TikTok than on Facebook

Users spend more time on TikTok than on Facebook

For the first time users are spending more time on TikTok than on Facebook, as per the data from a new report on app usage.

App Annie reports that time spent on TikTok is up 325% year-over-year, which means it’s now beating Facebook in terms of hours spent per user per month.

Average time spent is up for nearly every app in every market, but few are up by as much as TikTok.

TikTok ranks in the top 5 by time spent, and the rate at which it grew over the past year outpaces nearly every other app analyzed in the report. 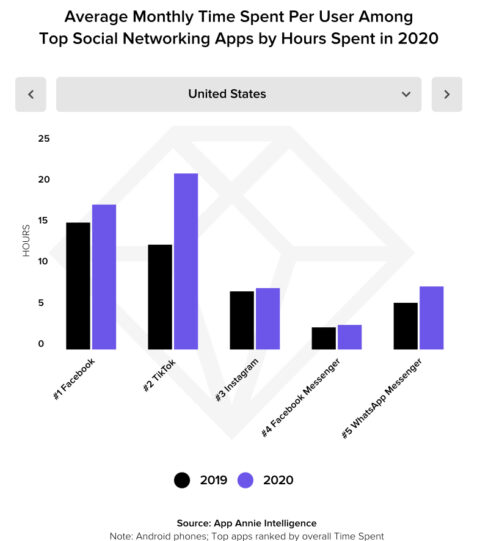 In social media, the 1 billion MAU club is an elite group of apps consisting of Facebook, Messenger, Instagram, WhatsApp, YouTube, and China’s WeChat. It’s no small deal that TikTok is projected to land itself a spot amongst these apps before the year is out. 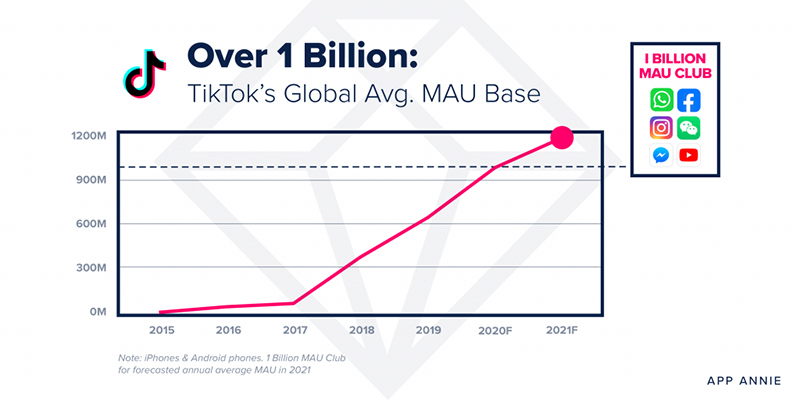 TikTok is in a league of its own when it comes to revenue, ranking as the #2 non-gaming app in terms of consumer spend. While many social media apps monetize through ads, TikTok monetizes through ads and allowing users to purchase digital goods.

To be sure, the exponential growth of TikTok is one the top trends in social media in 2021.

A man tried to wash the makeup brushes of her wife while...

KARACHI: A survey conducted by a research house revealed that the majority...

Fox 2021-22 Lineup: which shows are canceled? which are renewed?

PM initiates dialogue with Taliban for inclusive govt in Afghanistan

Prime Minister Imran Khan said that he had initiated dialogue with the...

NBC Scorecard 2021-22: Which Shows Are Canceled? Which Are Renewed?

With so many broadcast networks and streaming providers, it's understandable if you...