Aishwarya’s daughter was happy as well and was showing her wishing their parents.

Aishwarya Rai Bachan and Abhishek Bachan completed their 14 years of happy marriage, The pair faced ups and downs together and their bond got stronger in these years of their marriage, Due to the absence of Abhishek on their wedding anniversary’s day Aishwarya video called him and celebrated together where all of them were looking happy.

Aishwarya posted a picture on her Instagram where she was video calling her husband while holding her daughter with biggest smiles on their faces, behind them we can clearly see some bouquets  of flowers and nice decoration. 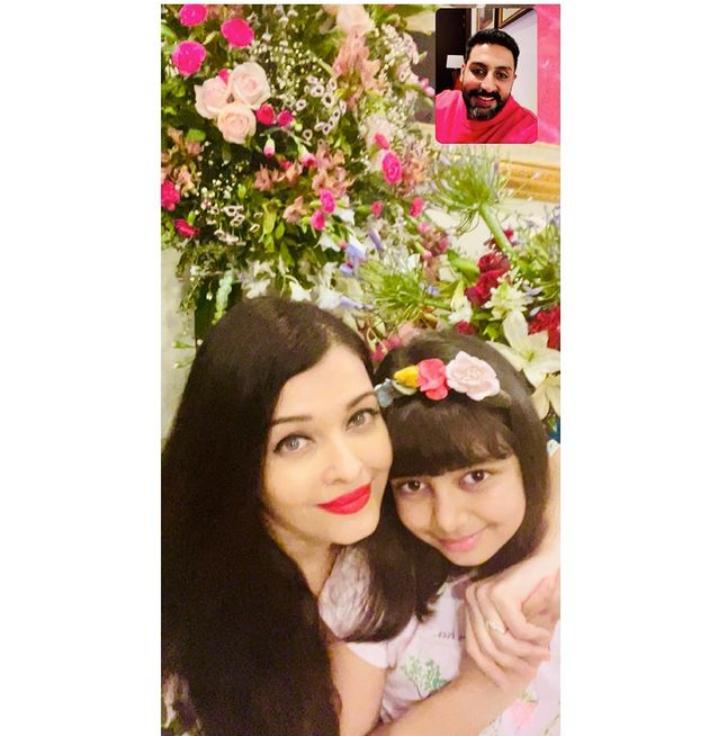 Will Rakhi Sawant's husband Ritesh be part of Bigg Boss 15?