Ananya Panday has been going places these days and she has a few exciting films in the works. The actress, who has a large fan base, recently made headlines when she announced her next movie, Kho Gaye Hum Kahan, in which she would star with Siddhant Chaturvedi and Adarsh Gourav.

Ananya’s fans have been quite enthusiastic about the film since then. Now, the actress from Student of the Year 2 has released a new update on Kho Gaye Hum Kahan, which has piqued fans’ interest.

Ananya provided a sneak peek of the script Kho Gaye Hum Kahan on her Instagram account, revealing that she has started the reading session. That’s not everything. While leaving Zoya Akhtar’s office, the Pati Patni Aur Woh actress was also papped. Ananya was seen wearing a grey hoodie and denim, which she accessorized with white sneakers. Her hair was in a back bun, and she wore a mask to complete her look.

Arjun Varain Singh, is in charge of the film. Zoya Akhtar, Reema Kagti, Ritesh Sidhwani, and Farhan Akhtar are all supporting the film. Reema, Arjun, and Zoya collaborated on the story. In 2023, it will be released in theatres. 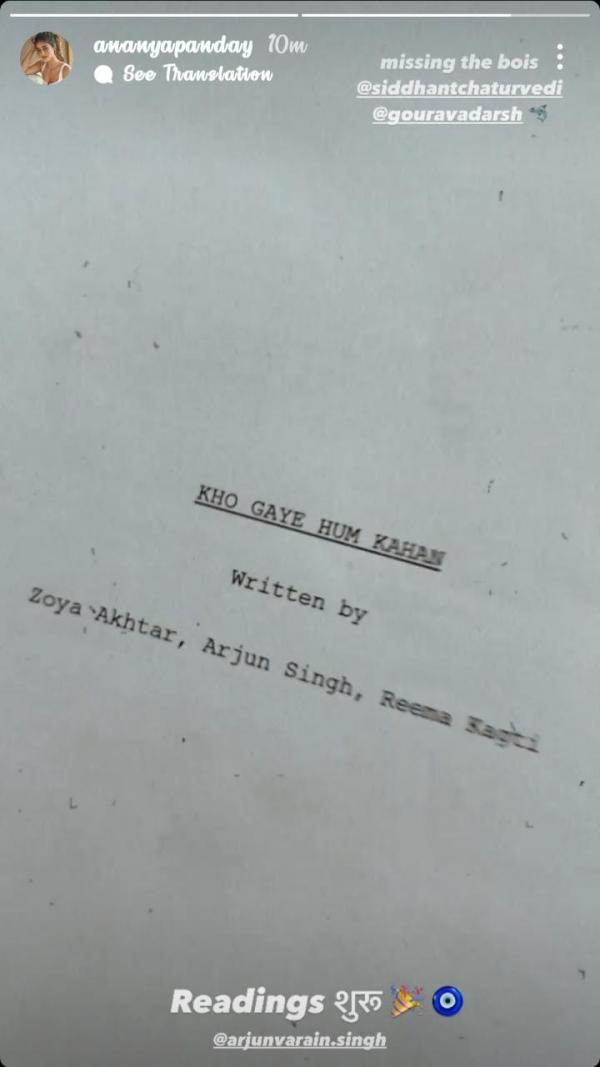 Emraan Hashmi is preparing for his next project, Dybbuk - The Curse...

Aymen Saleem, aka Mishi, the 'Chupke Chupke' star, announced her next project...