Anil Ambani has resigned from the position of Reliance Communications’ director

On Friday, Anil Ambani, the Reliance Group Chairman has designed from the position of Director of Reliance Communications.

As per the release from the company seen by Money control, Virani, Ambani, and Kacker dropped in their documents from the director’s office on November 15 that was Friday while Karani did this on November 14 that was Thursday.

For approval, the documents of Manikantan V’s and D Vishwanath’s appointment as executive director and CFO respectively have been submitted  to the committee of creditors (CoC) for their approval.

It was mentioned in the release by Reliance Communications that meanwhile, the appointment and resignations has been scrutinized by the COC, further revelations would be done to the stock exchange. 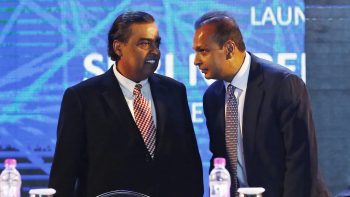 Reliance Communications, in its release, further said that as the said resignations and appointment are vetted by the CoC, the company will make further disclosures to the stock exchanges accordingly.