On Tuesday, the Pakistan Stock Exchange (PSX) continued its momentum and ended on a positive note.

According to the details, the market closed at the 41,000 marks.

By the end of the session, close to 323.05 million shares had changed hands. The total worth of the shares was noted as nearly Rs11.7 billion.

37 companies’ stocks were traded, out of which 225 gained value, 104 declined and 16 remained unchanged. 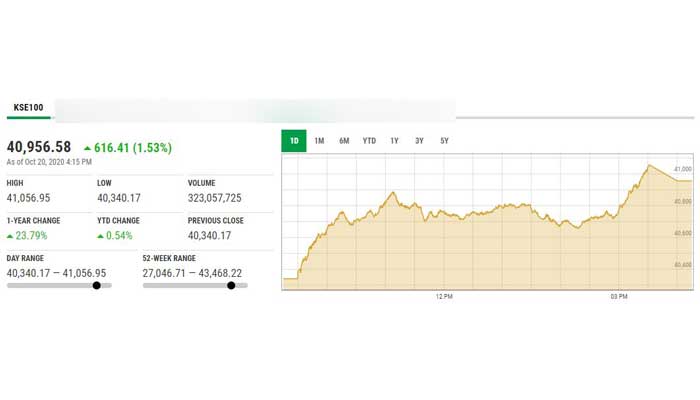 On the last day of the business week, 95 points have been...

Adviser on Finance Dr. Hafeez Shaikh has said that the government will...

Petrol price to remain unchanged at at Rs100.69 per litre till December 15

Government of Pakistan, in its motive to provide the maximum relief to...

Today’s SAR to PKR buying exchange rate given below as per Open...