American singer Joe Jonas has opened up about his sudden wedding with Sophie Turner in Les Vegas.

Joe Jonas and Sophie Turner tied the knot in May 2019 in Les Vegas with some sudden plans, however, they had married the second time in the south of France.

Making an appearance to a love questionnaire, Joe answered many of the questions about himself  and told that the first ceremony took place as they had to get legally married in the States.

“So we thought it would be really fun to get all of our friends, invite them out (to Vegas), and do an impromptu wedding,” he explained.

“And we actually had some people that I didn’t even know that well there. Some people I am now closer with! Khalid was there! That was cool. And Diplo decided to livestream the whole thing.”

The singer further added the consequences he had to face from his parents’ side. “My parents called me the next morning and they were like ‘Did you just get married?’ And I realized that I told everybody, but forgot to tell my parents. So, kids, make sure you tell your parents when you’re getting legally married,” he said.

Mother-to-be Sophie covered up her baby bump with an oversize men’s dress shirt, which completely hid her tiny shorts. 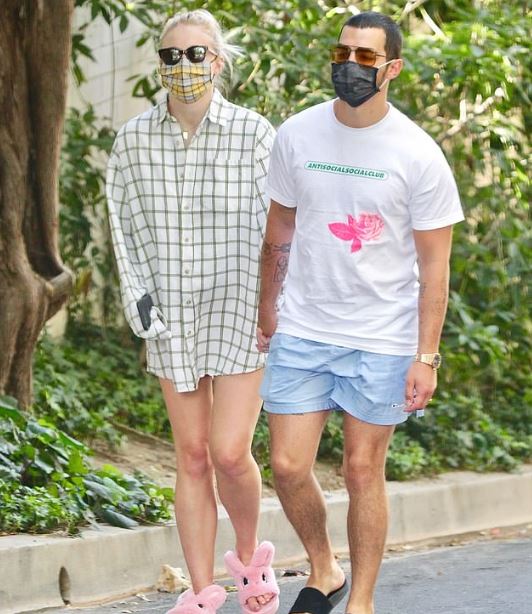