Turkish actress Esra Bilgic, who played the role of Halime Sultan in the famous Turkish drama Dirilis: Ertugrul, has surprised her Pakistani fans by uploading a statement on her Instagram story in Urdu.

With the increasing popularity of the Turkish drama series Dirilis: Ertugrul in Pakistan, the cast has also made a special place in almost every Pakistani’s heart.

In a recent interview, Esra also revealed that she would be soon working with Pakistan’s three most popular brands.

Esra Bilgic will be working with famous Pakistani brands

With the success of Dirilis: Ertugrul in Pakistan, Esra Bilgic also known...

Her fans were astonished to see a statement on the actress’s account in Urdu on Saturday, which shows that Esra is all ready to work with Pakistani brands. 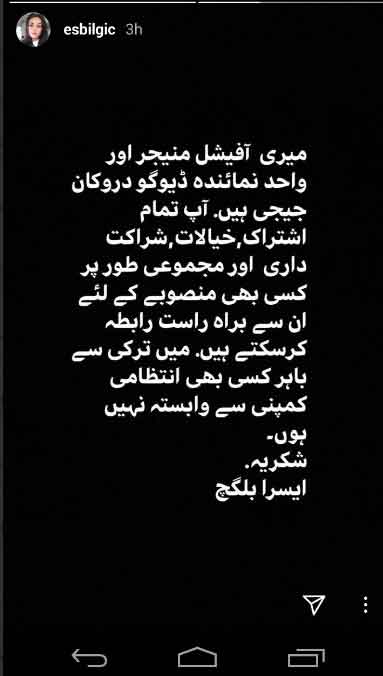 The United Kingdom has held its first socially distanced concert by separating...

Ertugrul actress Burcu Kiratli, who essays the role of Gokce Hatun in...