Aiman Khan remains the most followed Pakistani celebrity as she hits 7 million followers on her Instagram account.

Many of her colleagues congratulated the Baandi actress for achieving the milestone. 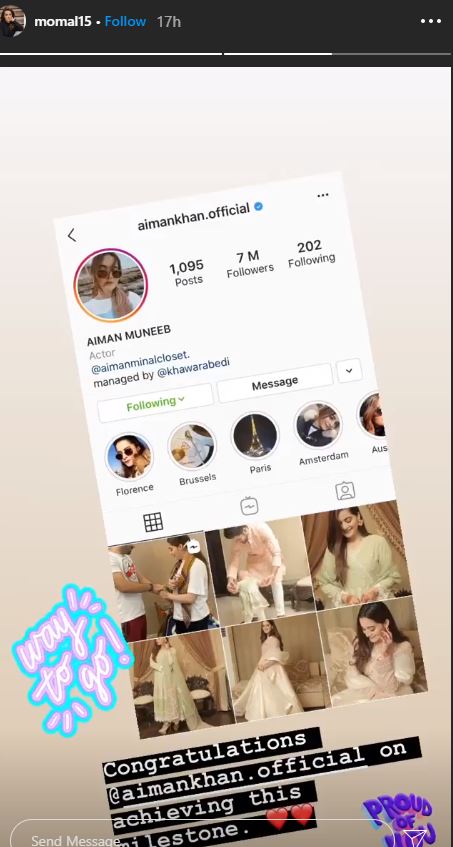 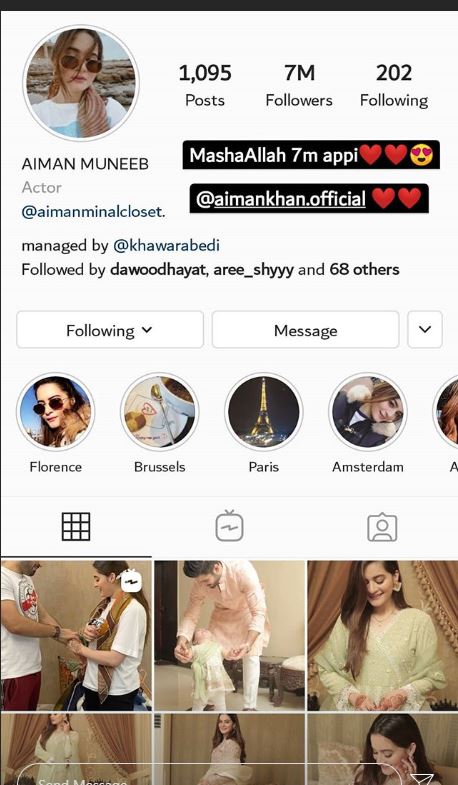 Earlier, Aiman Khan shared a loved-up picture with her husband Muneeb Butt while enjoying at the beach.

One of Pakistan's most loved couples, Aiman and Muneeb spent a romantic...

Aiman Khan is an actress on Pakistani TV. Her performance in Ishq Tamasha (2018) and Baandi (2018) has won her Best Actress nomination at a famous award show. She has established herself as a leading actress in the television industry of Urdu.