Pakistani actress Sajal Ali shared a memory she had with her co-actor Sarah Khan from the sets of ‘Gohar-e-Nayab’.

She shared the photo on her Instagram story. In the photo, she was seen posing with Sarah Khan.

Ye dil mera actress expressed her thoughts, “I love this picture.” “Ufffhhh This picture is from Gohar-e-Nayab 6 years back.” 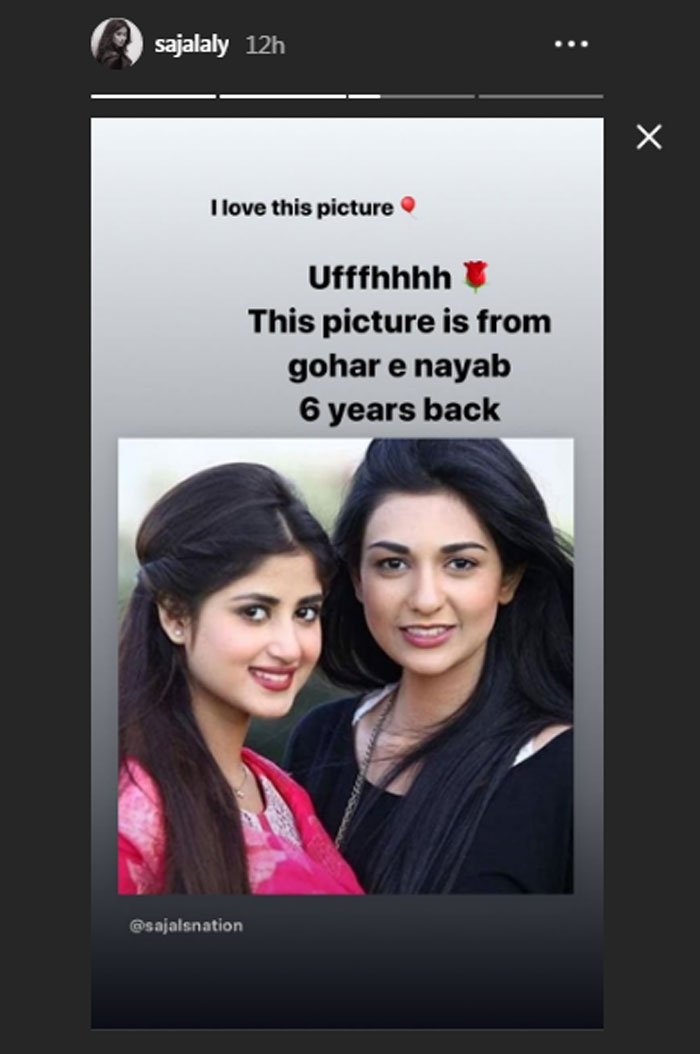 ‘Gohar-e-Nayab’ featured Gohar (Sajal), an innocent orphan who s mistreated by her maternal family. She married her cousin Sami (Ahsan Khan), whose family wishes to seek revenge against her due to an internal feud. The drama was directed by Sakina Samo whereas Sajal Ali, Ahsan Khan, Sarah Khan, and Taqi Ahmed appeared in the drama. It was aired in 2013.