Actor Penn Badgley and musician Domino Kirke confirmed they welcomed their first child together in an Instagram post.

Penn Badgley’s wife confirmed the news over a month after giving birth with her son’s placenta printed on a piece of paper.

In another adorable picture, Domino Kirke is also wrapped in a white blanket as she laid on her back with arms above her head.

The baby looked to be sleeping as mom appeared to be staring at her new arrival with an enduring look of love on her face. 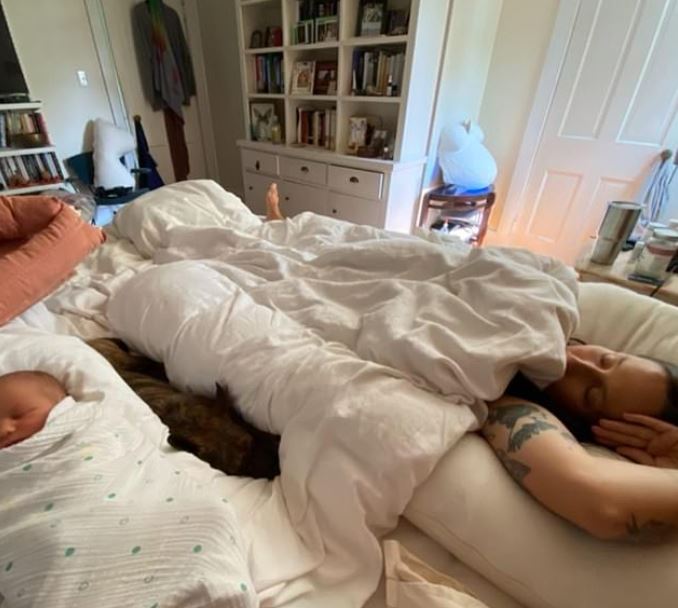 However, in most customs and religions, the first 40 days after delivery of a child, termed as the confinement period, are strictly meant for the mother to rest, recuperate and bond with the baby.

Practices and rituals followed during this period are different across various parts of the country.

Earlier, the couple had announced that they were expecting their first child together back in February. Kirke had earlier suffered two miscarriages.

Announcing back then, Kirke wrote on her Instagram: “After two miscarriages in a row, we were ready to call it. I stopped trusting my body and started to accept the fact that I was done. As a birth attendant, I’ve seen and heard it all. It takes everything I’ve got to detach lovingly from the losses I’ve been present for and be in my own experience.” 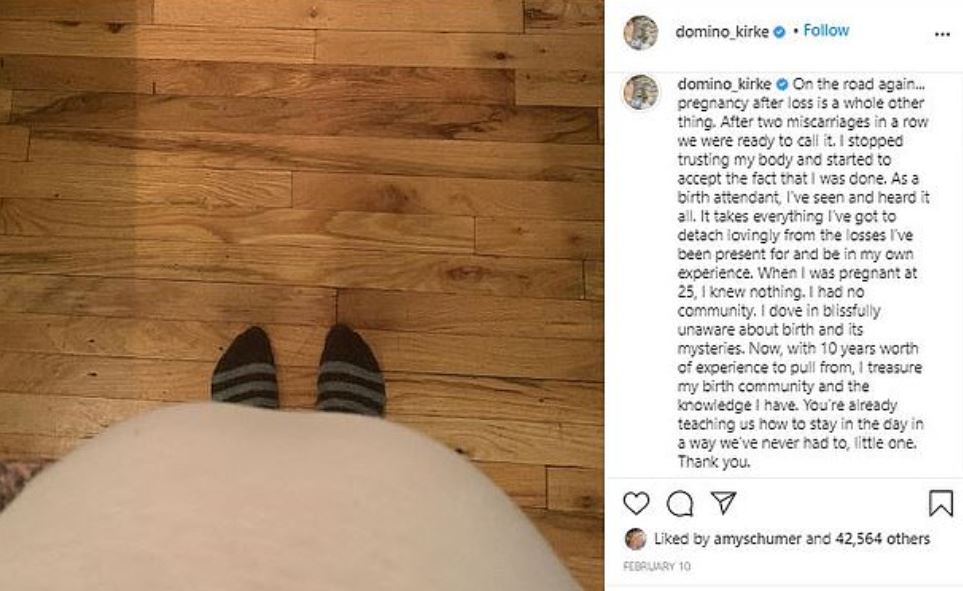 This is Badgley’s first child, while Kirke already shared a 12-year-old son with ex Morgan O’Kane.