Engin Altan Duzyatan, who played the role of Ertugrul in the historic drama series Dirilis: Ertugrul, wished his fans on Republic day and paid tribute to Kemal Ataturk.

Taking to his Instagram story, the Turkish actor shared a picture of Mustafa Kemal Ataturk with a Turkish language caption.

It should be mentioned here that Ataturk was the father of the Republic of Turkey and was the country’s first president from 1923 until 1938. 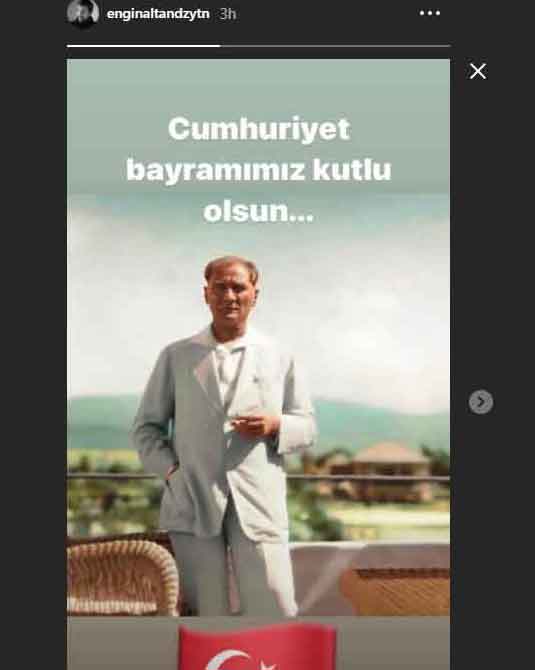 Pakistani Television has been airing shows that address critical social concerns and...