A teaser of the upcoming movie ’50 crore’ was released a few days ago and fans criticized the actors for apparently copying the Spanish Netflix series ‘Money Heist’.

As people started to criticize the movie, on the other hand, Saboor Aly, who will be playing Sahiwal in 50 crore is simply loving all the memes made on the movie.

Taking to her Instagram story, the Pakistani actress shared her favorite meme. 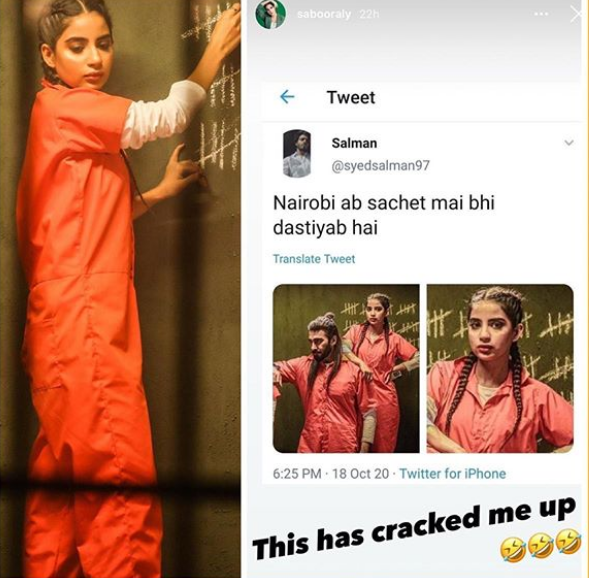 Earlier,  actor Aijaz Aslam finally responded to the criticism. He shared a video message on Facebook in which he urged the fans to wait for the movie’s release before criticizing. He also assured that fans will find it different once they see it.

Cannabis: How Will ‘Less Dangerous Drug’ Change The World

Hindus use cannabis in many of their festivals and other sections of...

The tech Chinese Huawei has officially announced that it would hold the Harmony...

Bahrain To Not Import Israeli Products Produced In Occupied Palestine

Bahrain has said it will not allow the import of Israeli products...