Sara Khan and Falak Shabir are the most admire couple of Pakistan showbiz industry.

According to details, singer Falak Shabir has given a very sweet prayer to his wife and well-known actress of showbiz industry Sara Khan which has gone viral on social media.

Singer Falak Shabir has shared a beautiful photo of himself and Sara Khan on Instagram. 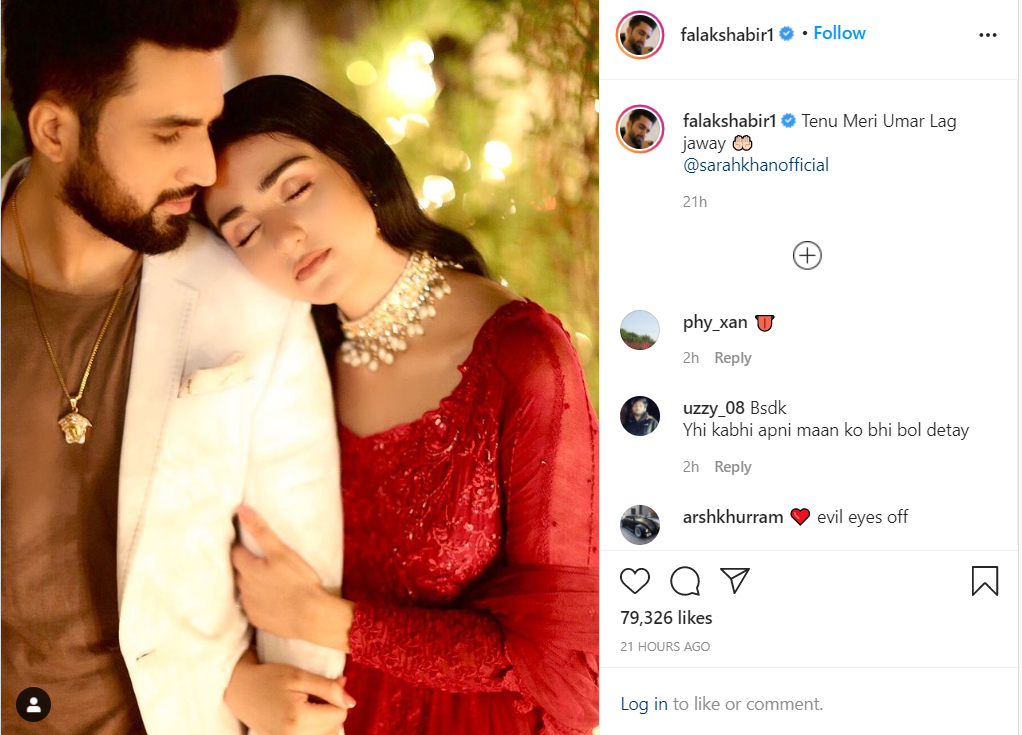 In the photo which is shared on Instagram, Sara Khan is holding the hand of her husband Falak Shabir and resting her head on his shoulder.

In the photo, it can be seen that Sara Khan is wearing a red dress while Falak shabir is seen wearing a brown shirt and white coat.

Singer Falak Shabbir wrote in the caption with the photo,

This prayer caption of Falak Shabir is being loved by the fans enormously.

Aiman Khan shares pictures of her birthday from Turkey

Army deployed in place of paramilitary forces on Pak-Afghan border