Ahsan Mohsin Ikram, a rising Pakistani star and Minal Khan’s beau has asked people to stop judging others but to judge only themselves.

“Islam teaches us not to condemn others. Leave the judging to God. Worry about and judge only yourself.” 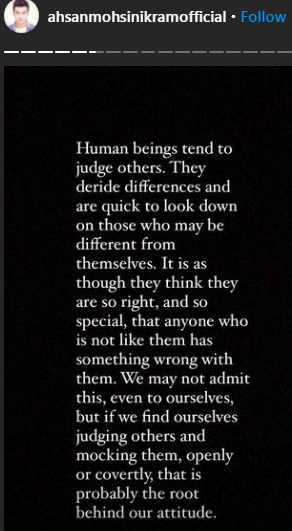 In a series of stories, Minal’s beau mentioned that people should not be judgemental and not point finger at God’s creation (humans).

“To respect differences is to respect the God who made us all unique.” 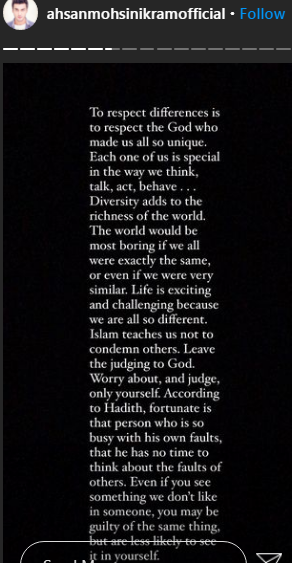 In another story, Ahsan Mohsin Ikram told people that there must be many good things which they are unaware of. 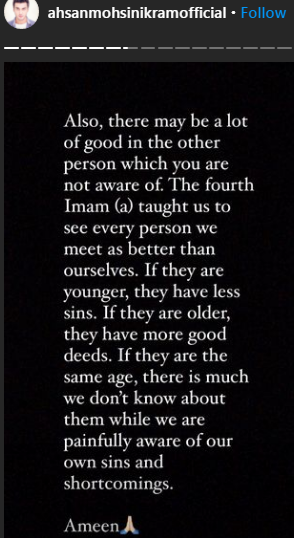 Ahsan Mohsin Ikram is being a target of criticism after some loved-up pictures of the actor with Minal Khan had gone viral on social media. Both the celebrities were in the headlines for their relationship and mushy pictures. 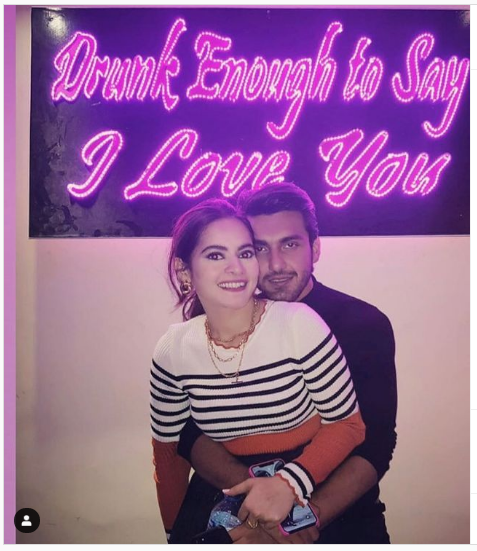 Soon after Minal Khan accepted her relationship with Ahsan, the couple had started to post more pictures together, which kind of was not acceptable for netizens.

Veteran Noor Bukhari had also threw shade at them as she believed the young unmarried couple is not spreading anything good by sharing such pictures and advised them to tie the knot as soon as possible.

Ever since Bollywood actor Sushant Singh Rajput committed suicide in 2020, the...

Bollywood often copies Pakistani music and many of the Bollywood songs are...

Lady Gaga stole the show at the inauguration of US President, Joe...

Momina Mustehsan is known as a young and popular singer in the...

Ever since Bollywood actor Sushant Singh Rajput committed suicide in 2020, the...

China Imposes Sanctions On 28 US Officials, Including Pompeo

China has announced sanctions against 28 US officials, including former Secretary of...

Pakistan's current account went into deficit of $662 million in December after...