Actresses Aiman and Minal Khan’s father, Mubeen Khan has passed away on Thursday, December 31st due to severe health issues.

The Behadd starlet also confirmed the death of her ‘beloved’ father in the Instagram story and requested fans for prayers.

She wrote, “My beloved father Mubeen Khan has passed away. He was a strong man. Remember him in your prayers.” 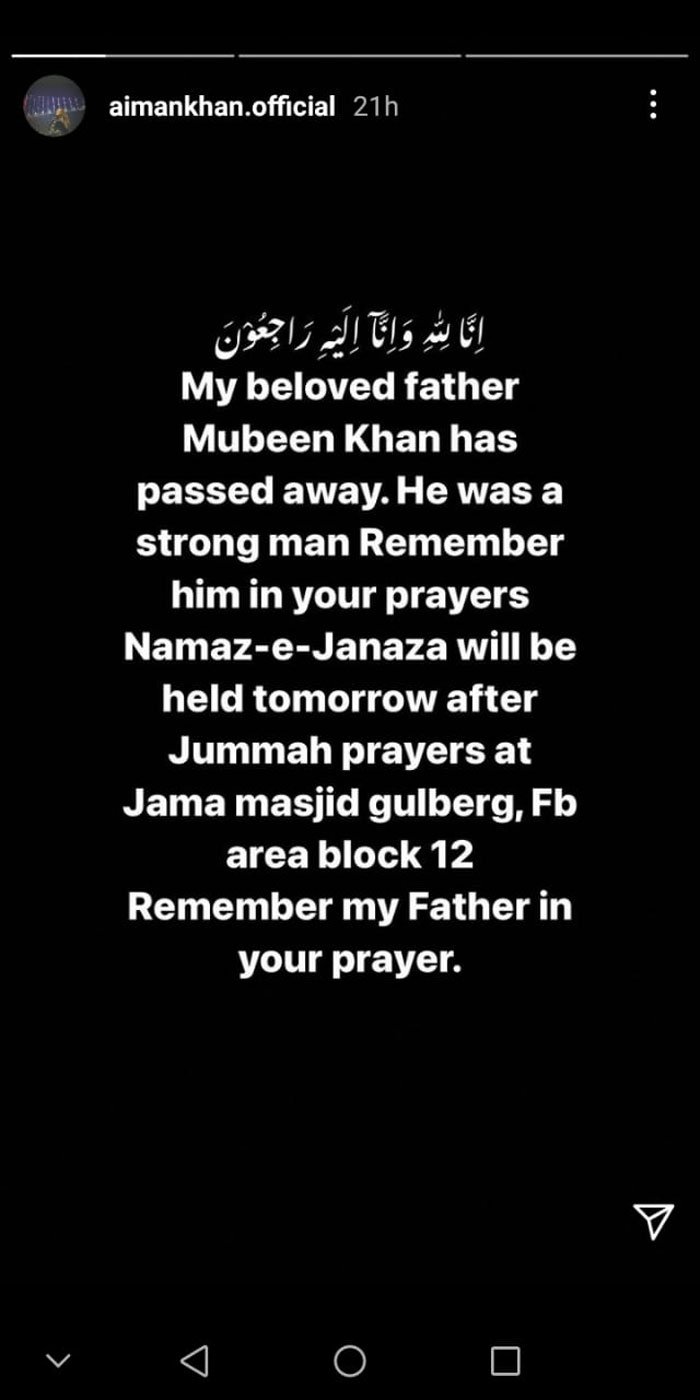 However, fellow celebrities and friends have extended deepest condolences over the major loss for the actresses and their family.

Actress Sonya Hussyn also sent deep condolences to their way and said, “May the departed soul rest in peace.”

The Mohabbat Tujhe Alvida starlet posted on her Instagram story and wrote, “This was a heavy week. My deepest condolences to Aiman Khan, Minal Khan and Sarah Khan. Stay strong!”

She also sent prayers and love to the entire family. 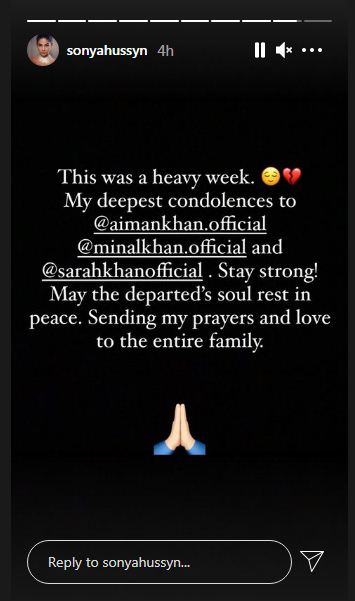 It is pertinent to mention here that on December 26, actress Sarah Khan and Noor Zafar Khan’s father had passed away.

On the other hand, Aiman Khan also shared a heart wrenching post in the memory of her late father today.

The Ishq Tamasha actor shared a throwback photo in the story with dad after announcing his demise. She wrote, “You will live forever in my heart! I loved you and I love you.”

She continued to remember her father and dedicated a post captioned, “You’re my first love, I’ll miss you forever. Rest in peace, my strong man.”

Well-known showbiz actress Minal Khan has urged fans to pray for her...