Wasim Akram should also play in the PSL, Shaniera Akram

Wasim Akram shared a photo from the gym before going into the PSL bubble to which his wife replied in the comments section saying, “”Wow you look like you should be playing in the PSL too!!” 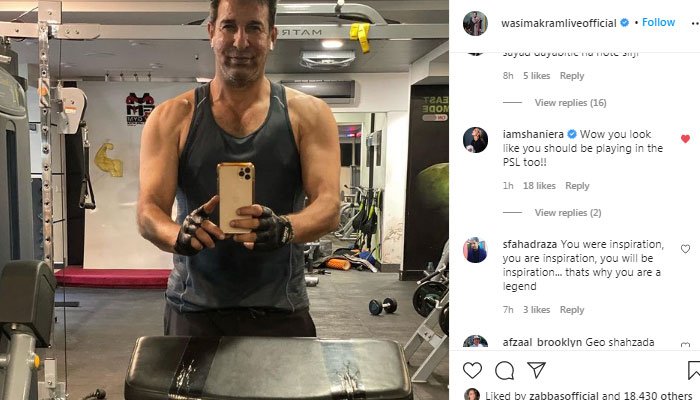 People liked Shaniera Akram‘s comment on Wasim Akram’s post and thousands of people also liked the picture of the former fast bowler and expressed their best wishes for him.

Wasim Akram had shared a photo from the gym to his Instagram account and told fans that he went to the gym for the last time before going into the PSL bubble quarantine. He also mentioned that there will be countless corona tests during the three-day quarantine he’ll be in.

Earlier in a tweet, Shaniera Akram expressed her love for Pakistan in a social media message. She once again won the hearts of Pakistanis with her message.

No matter where my feet are, my heart seems to always be in Pakistan!

Social worker Shaniera Akram, who is also the wife of former Pakistan...

Pakistan has recorded 1,441 recoveries from the novel coronavirus in the past...