US model and wife of singer John Legend Chrissy Teigen wins the hearts of all her desi fans as she dances on Bollywood track Jaaneman Aah from the movie Dishoom.

Her dance video has taken social media by storm and received immense love from her fans.

The supermodel took to her Instagram and shared a dance video from a party and wrote,

Chrissy shared other video clips on her Instagram story, in which she could be seen enjoying the popular Bollywood song Gal Ban Gayi sung by Sukhbir, Neha Kakkar, and Yo Yo Honey Singh. 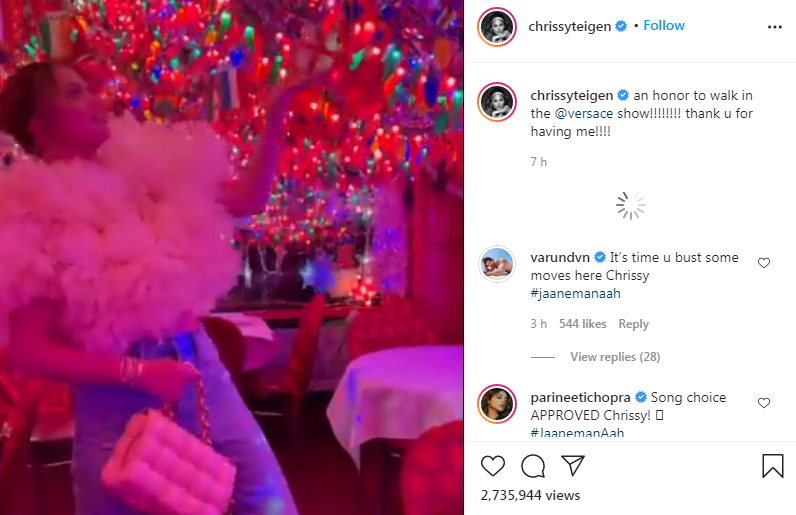 In another post, Chrissy was seen sparkling her smile with her husband John Legend.