Hira Mani Criticized For Wearing Saree With A T-Shirt

Most of the women are experimental with their dressing. They like to wear different types of clothes just to look prominent among others.

Recently, Pakistani actress Hira Mani did a fusion of eastern and western clothing by wearing a saree with a t-shirt. She took to her Instagram account and shared almost 10 photos wearing the out-of-the-world saree.

The Do Bol actress paired her fusion saree with yellow khussa, golden bangles, and a black crossbody bag.

Take a look at the photos! 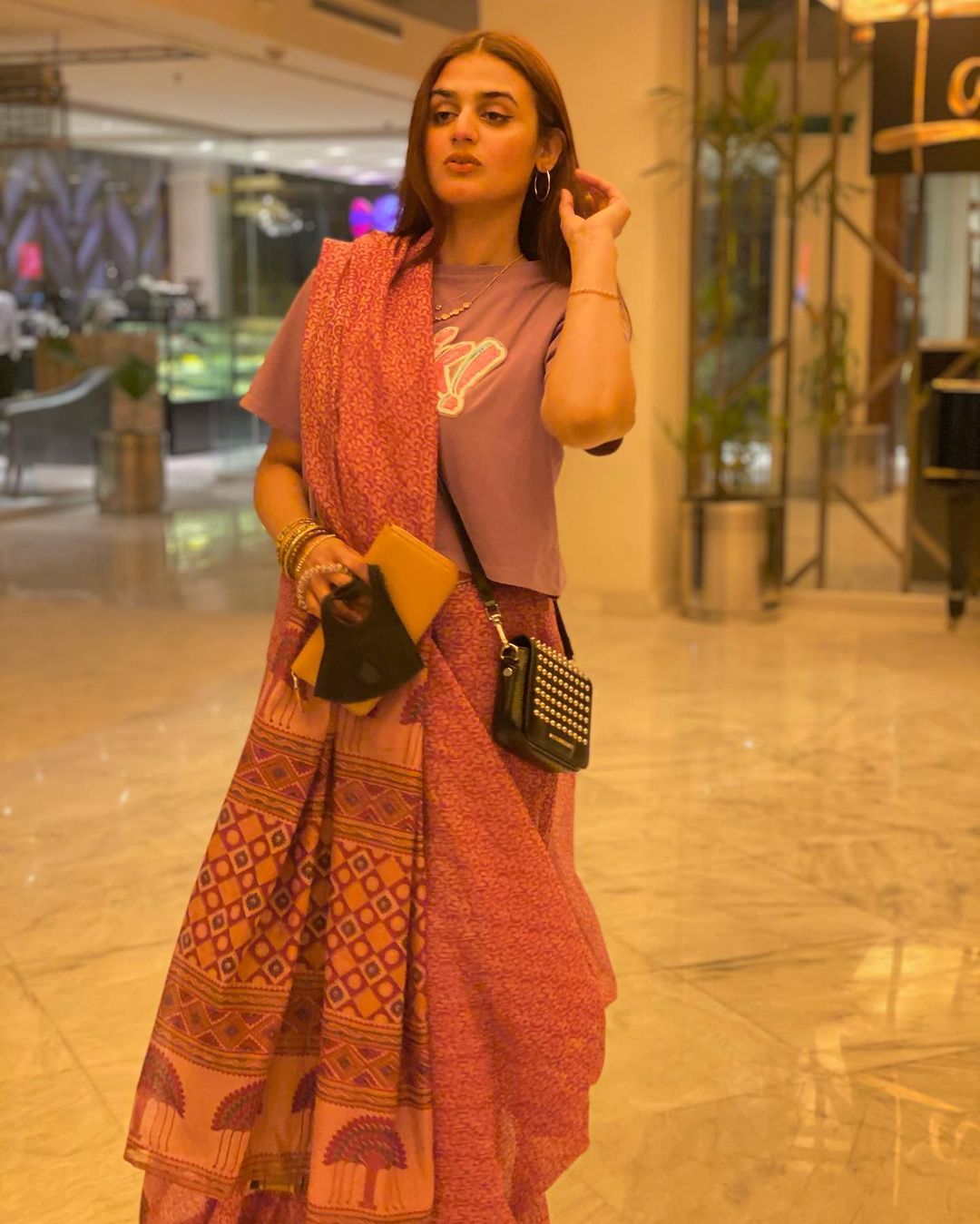 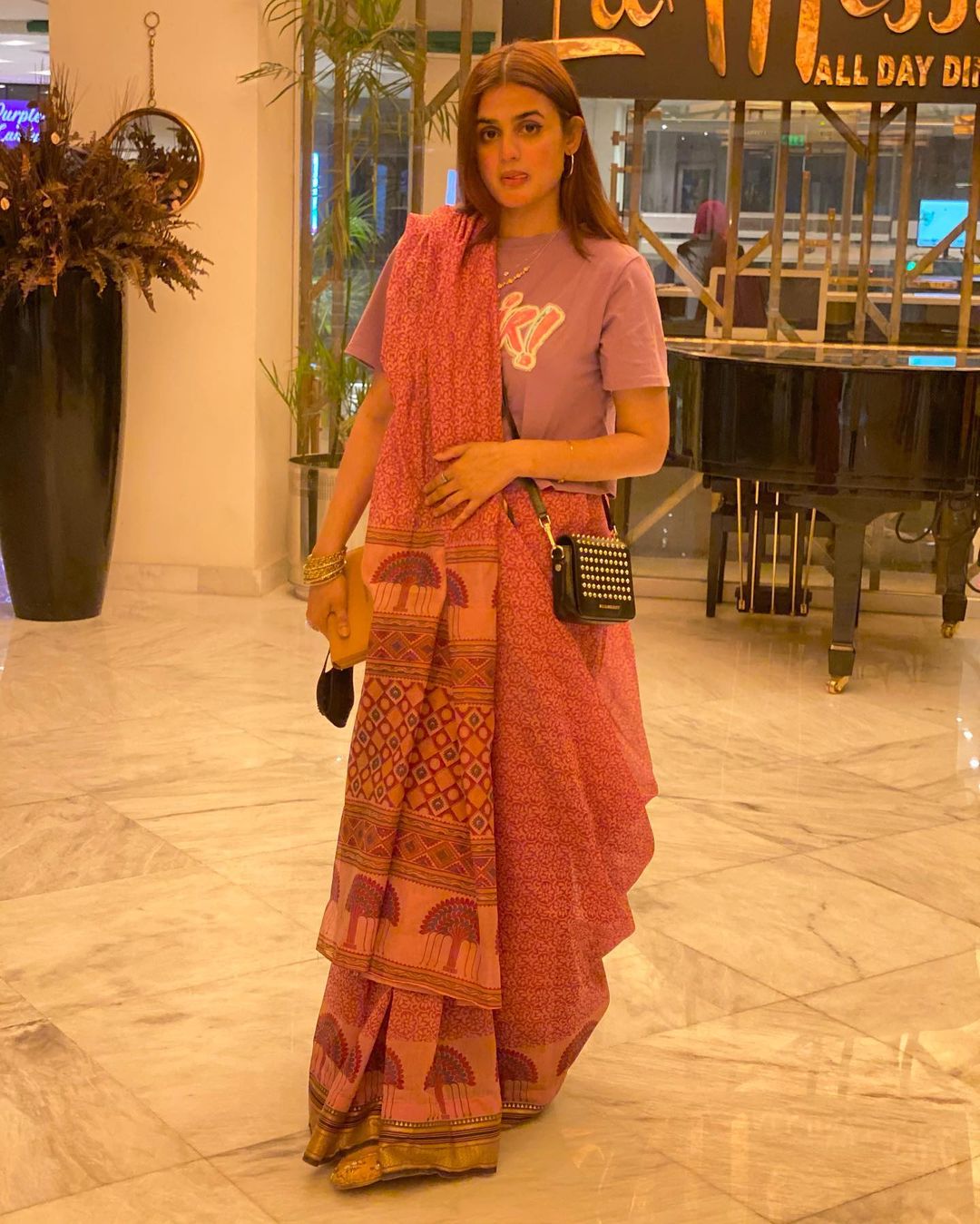 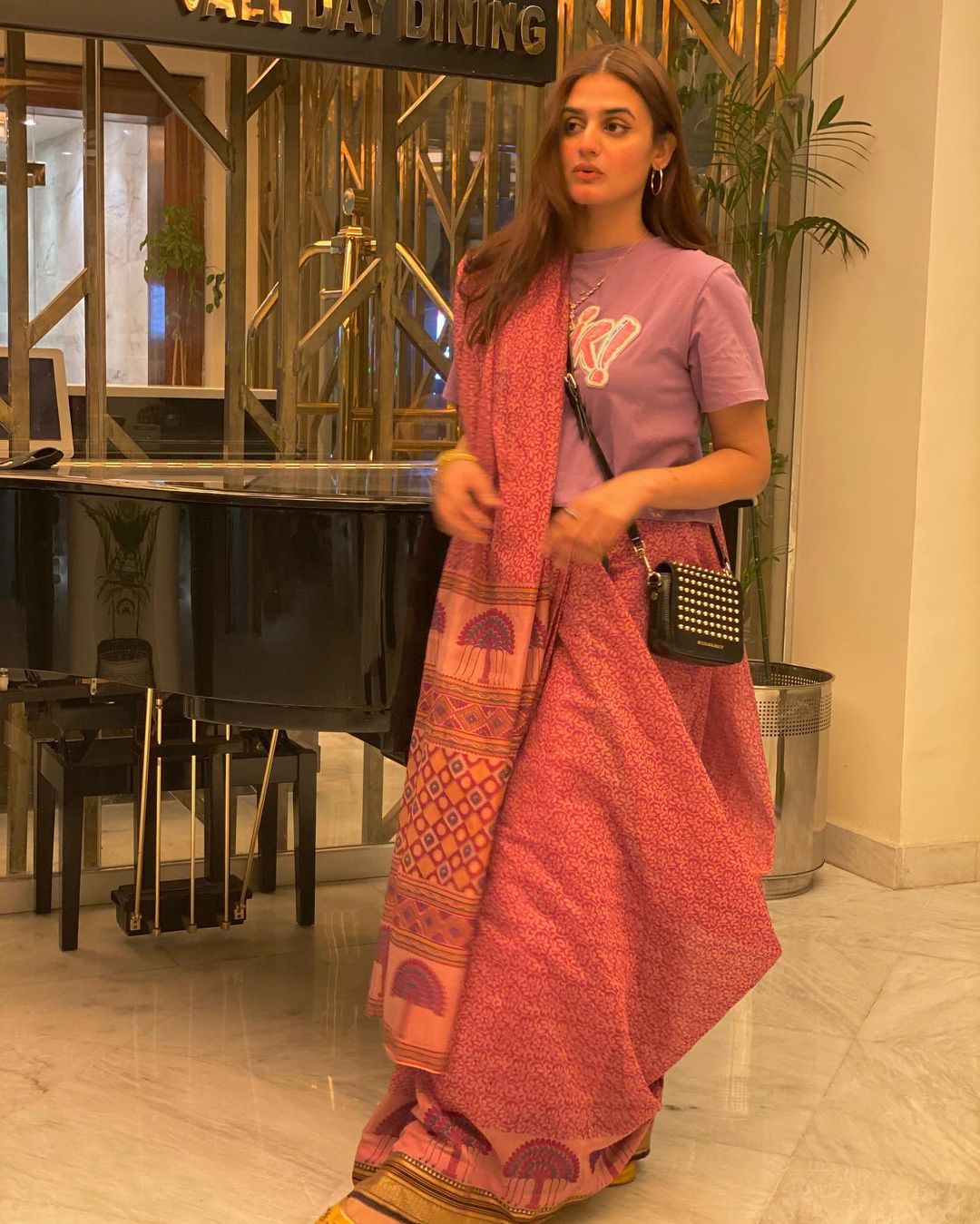 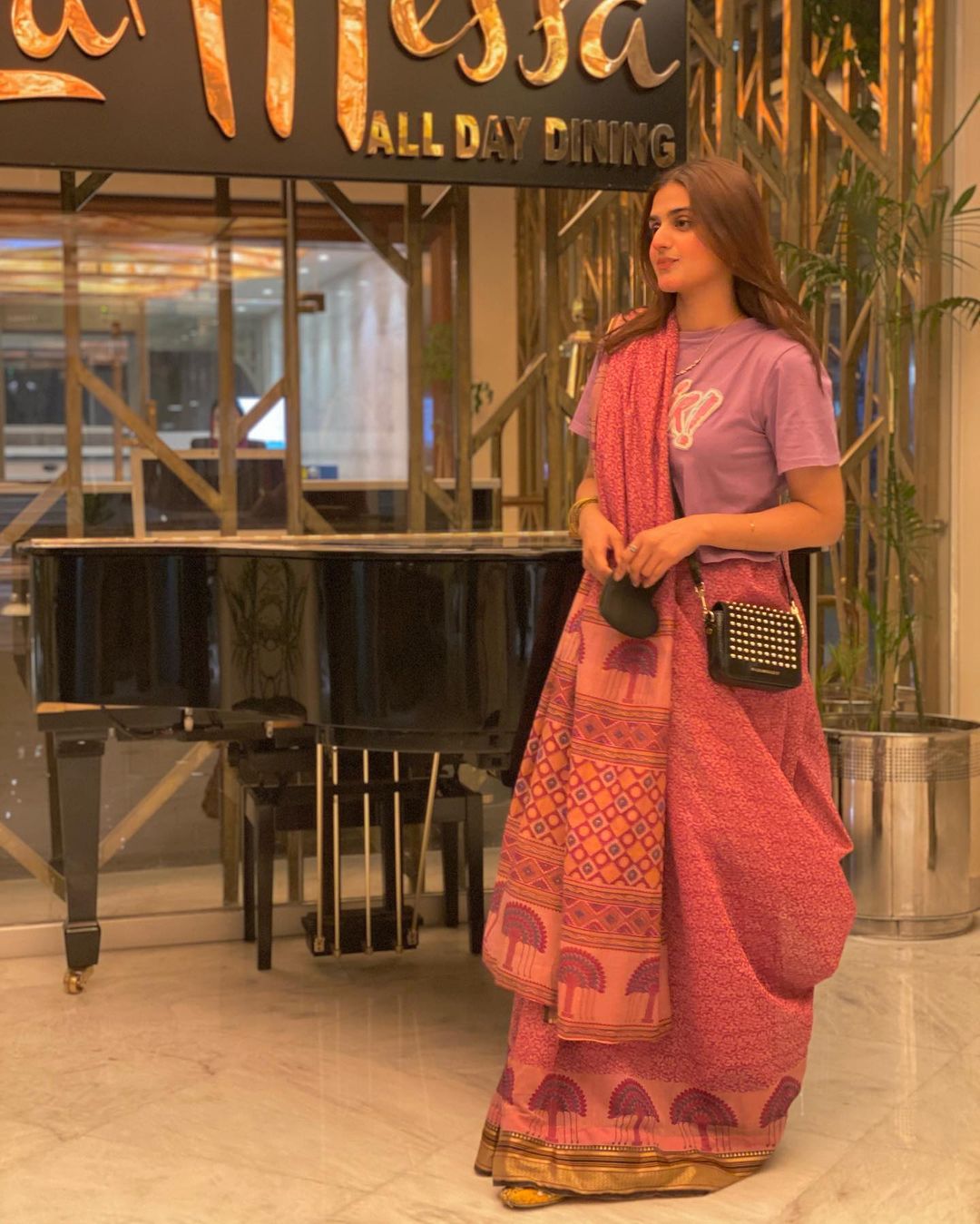 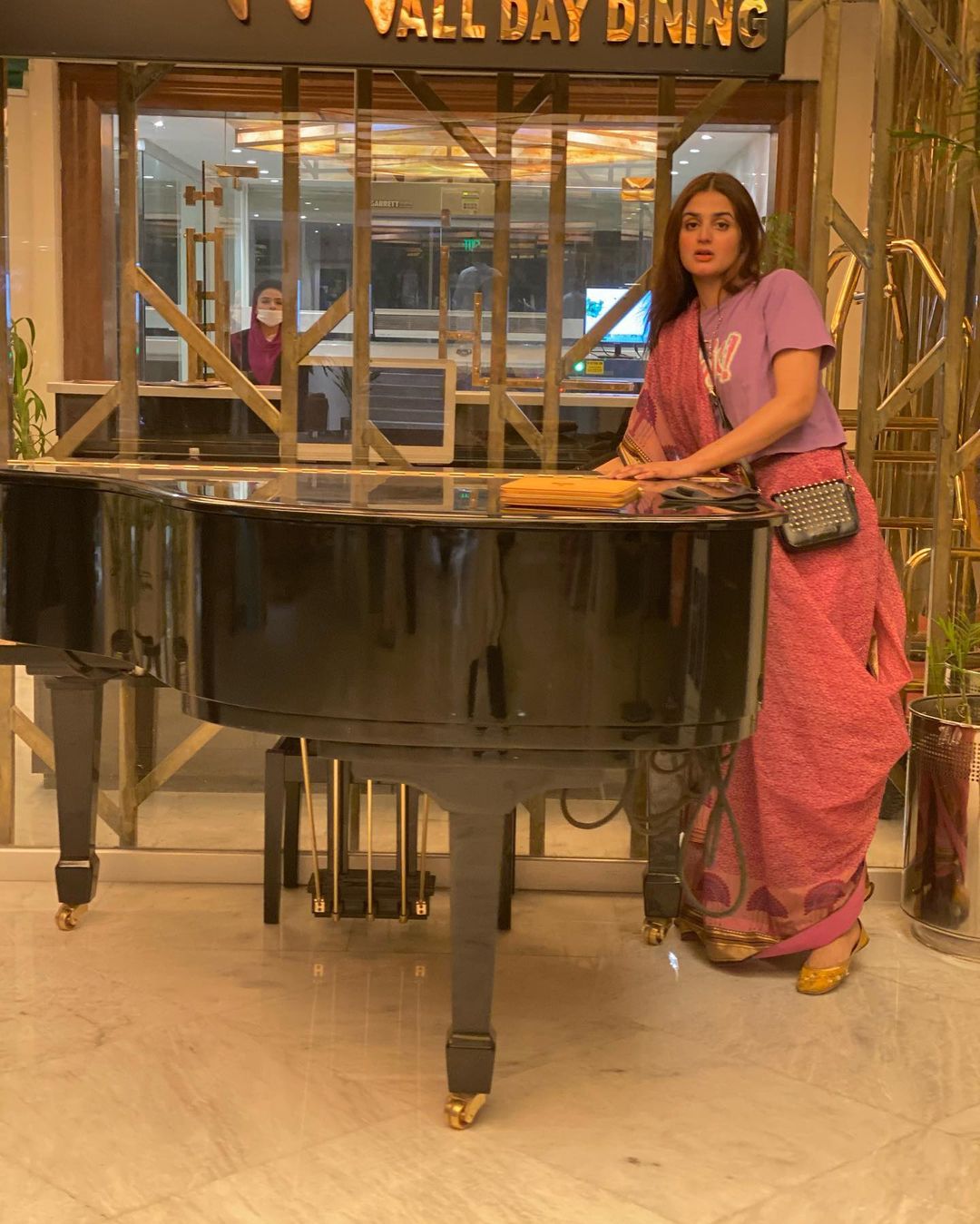 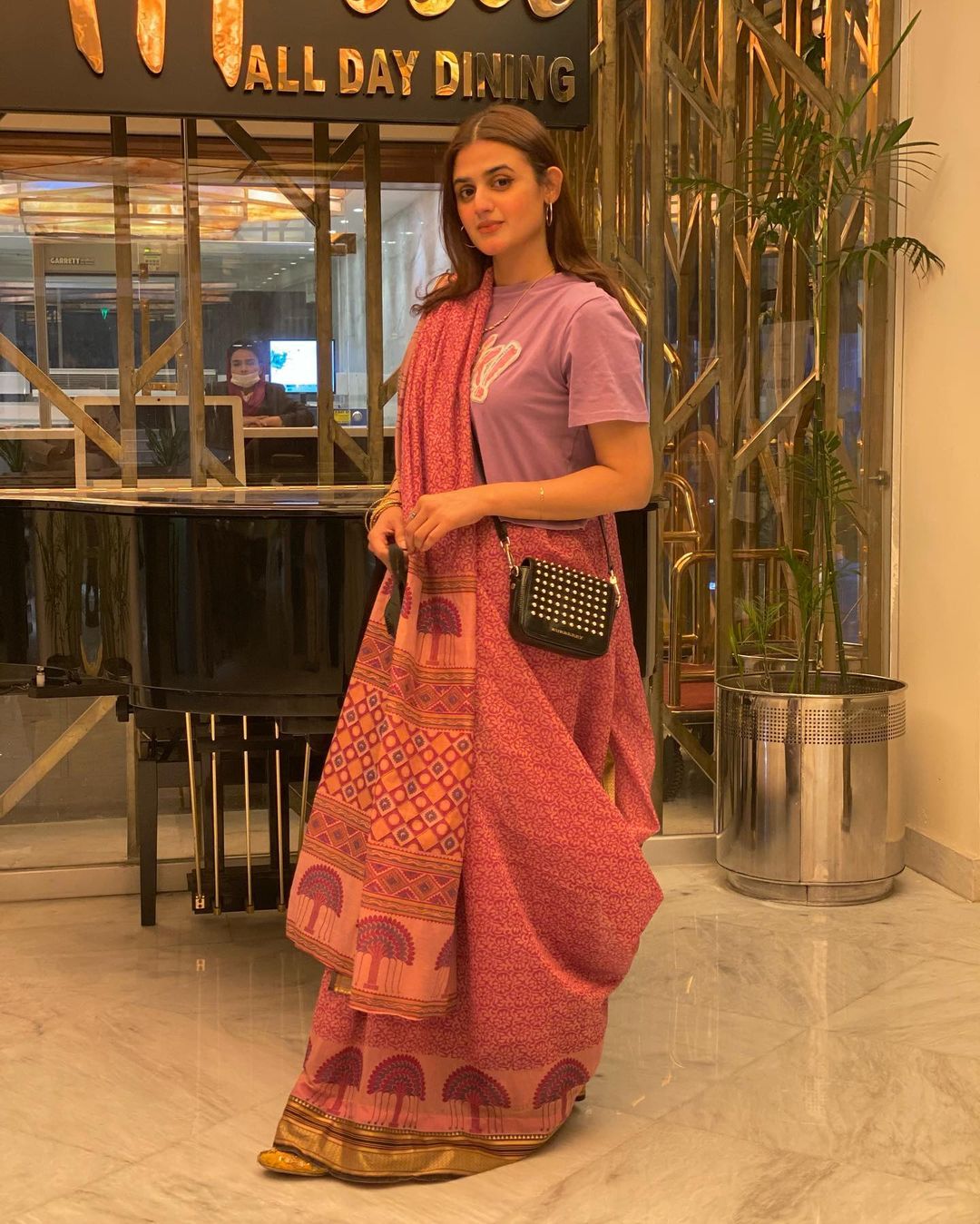 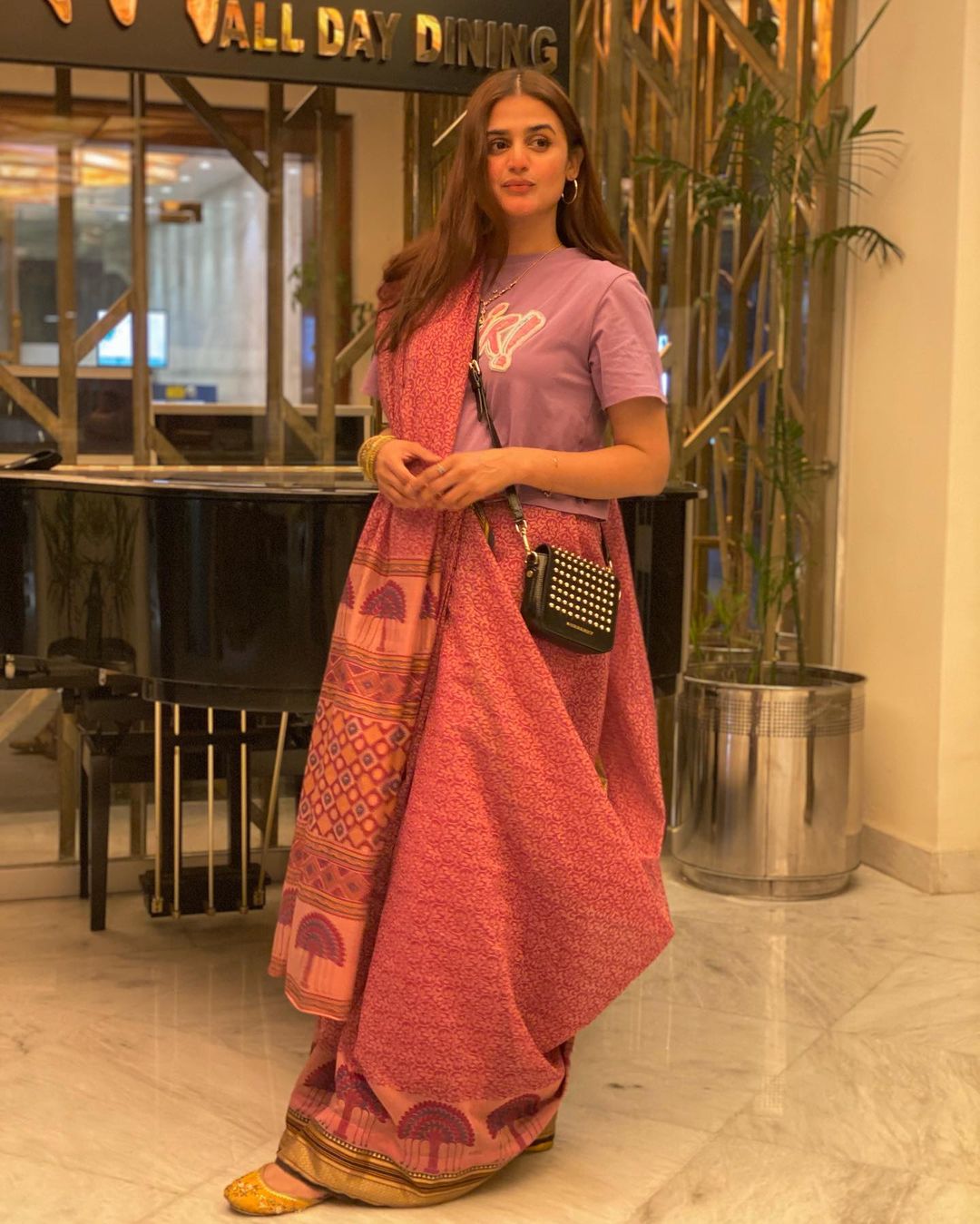 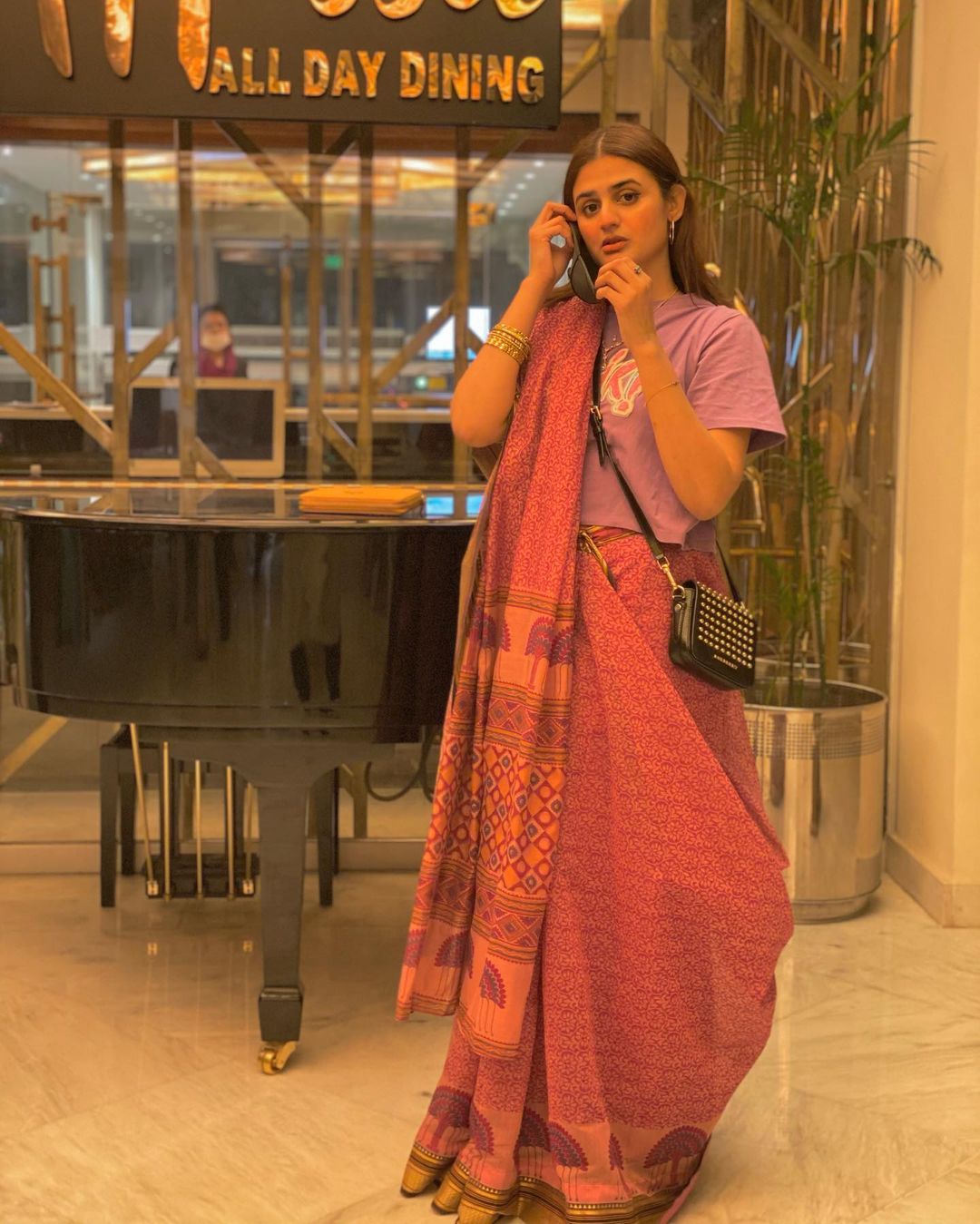 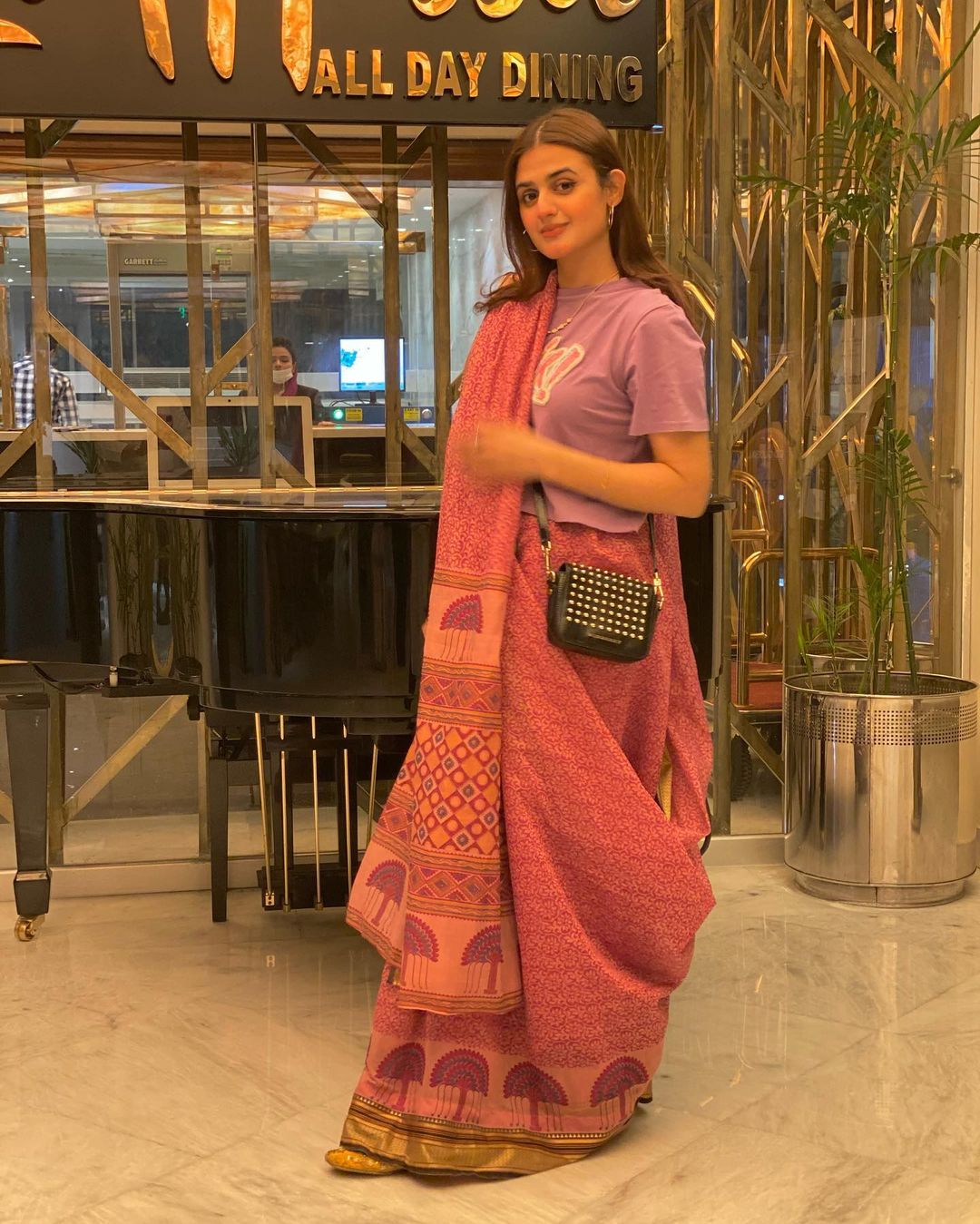 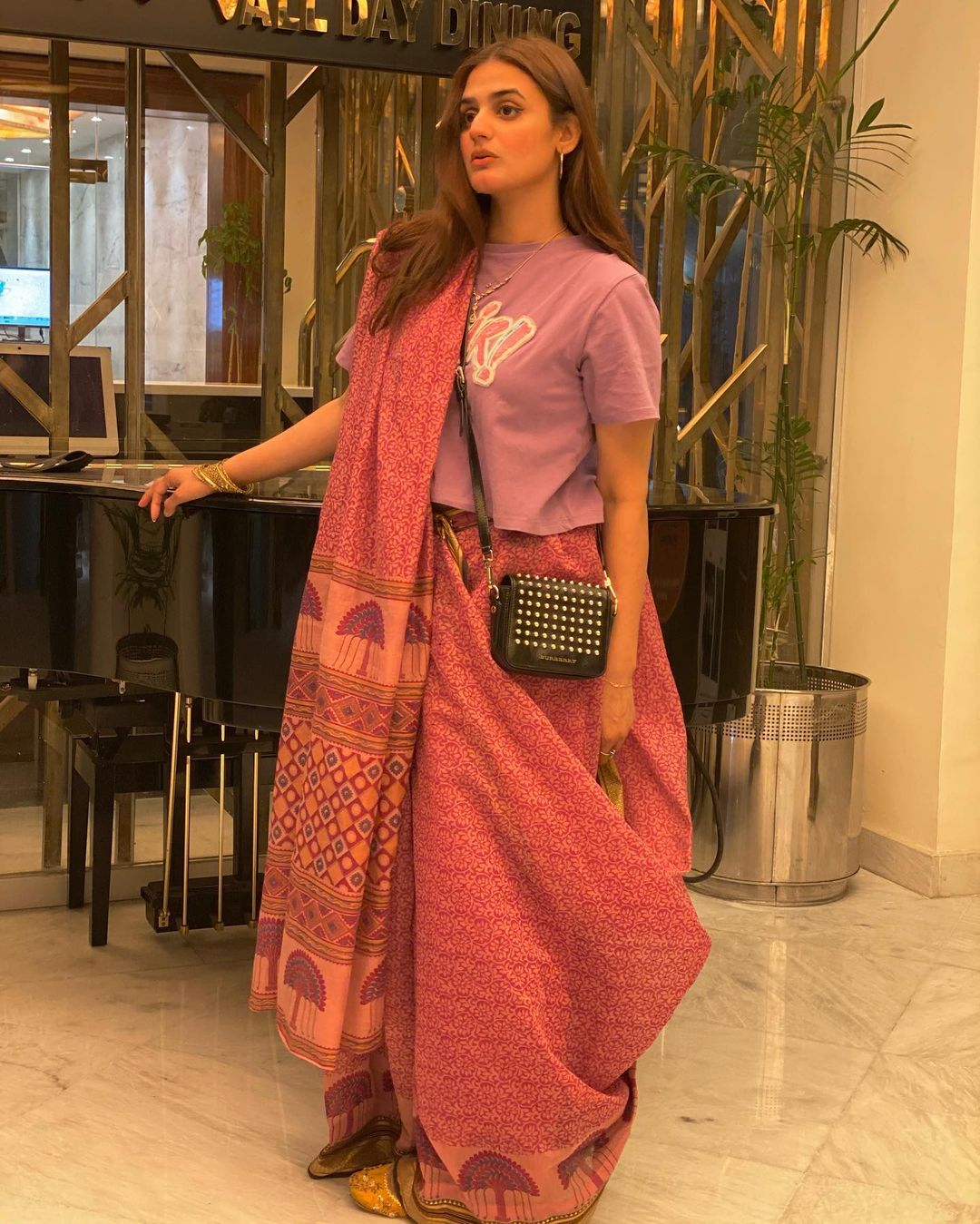 Instead of getting appreciation for her attire, Hira received heavy criticism from the netizens as they did not like what the Mere Pass Tum Ho wore in the name of fusion. 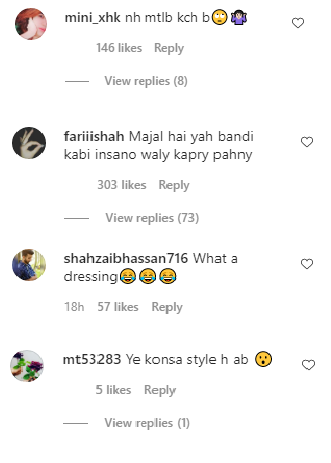 Earlier, Hira was criticized for dancing at a Holi party. Both, Hira and her husband Mani were spotted playing with the colors and dancing at the party.

Many of the Pakistanis did not like Hira and Mani celebrating the Hindu festival and referred to them as “hypocrites”.

The 10-year-old photo of the famous actress Hira Mani has pleasantly surprised...