Manager reveals Sarah Khan has been diagnosed with typhoid

Manager of the Pakistani actress Sarah Khan revealed that she has been diagnosed with typhoid by doctors in Turkey.

Talking to a private news agency, Sara Khan’s manager said that the actress has contracted typhoid.

The manager said that Sarah Khan was suffering from a high fever and vomiting due to typhoid which is why she was admitted to the hospital.

Yesterday, Sarah Khan’s husband Falak Shabir shared a story on his Instagram account in which his wife and him were present at a hospital. 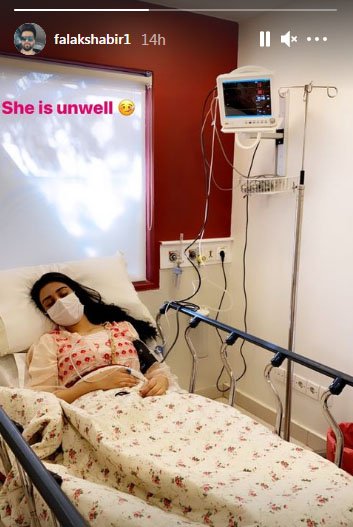 Falak Shabir had written in the caption of the photo “She is not well” but he did not clarify what happened to the actress.

After viewing the Insta story of the singer, Sarah Khan’s fans are praying for the speedy recovery of the actress on social media.

Sarah Khan and Falak Shabir had recently gone to Turkey for holidays. However, it is not yet clear whether the actress’s health has deteriorated in Turkey or whether she has returned to Pakistan.

Prime Minister (PM) Imran Khan said on Thursday that 'this Eid' must...