Fans were amazed to see the similarity between Usman Mukhtar‘s wife and Kubra Khan in photos.

While the fans expressed good wishes and congratulated him on his new life on his post, a large number of fans believe that Zunaira is the lookalike of actress Kubra Khan. 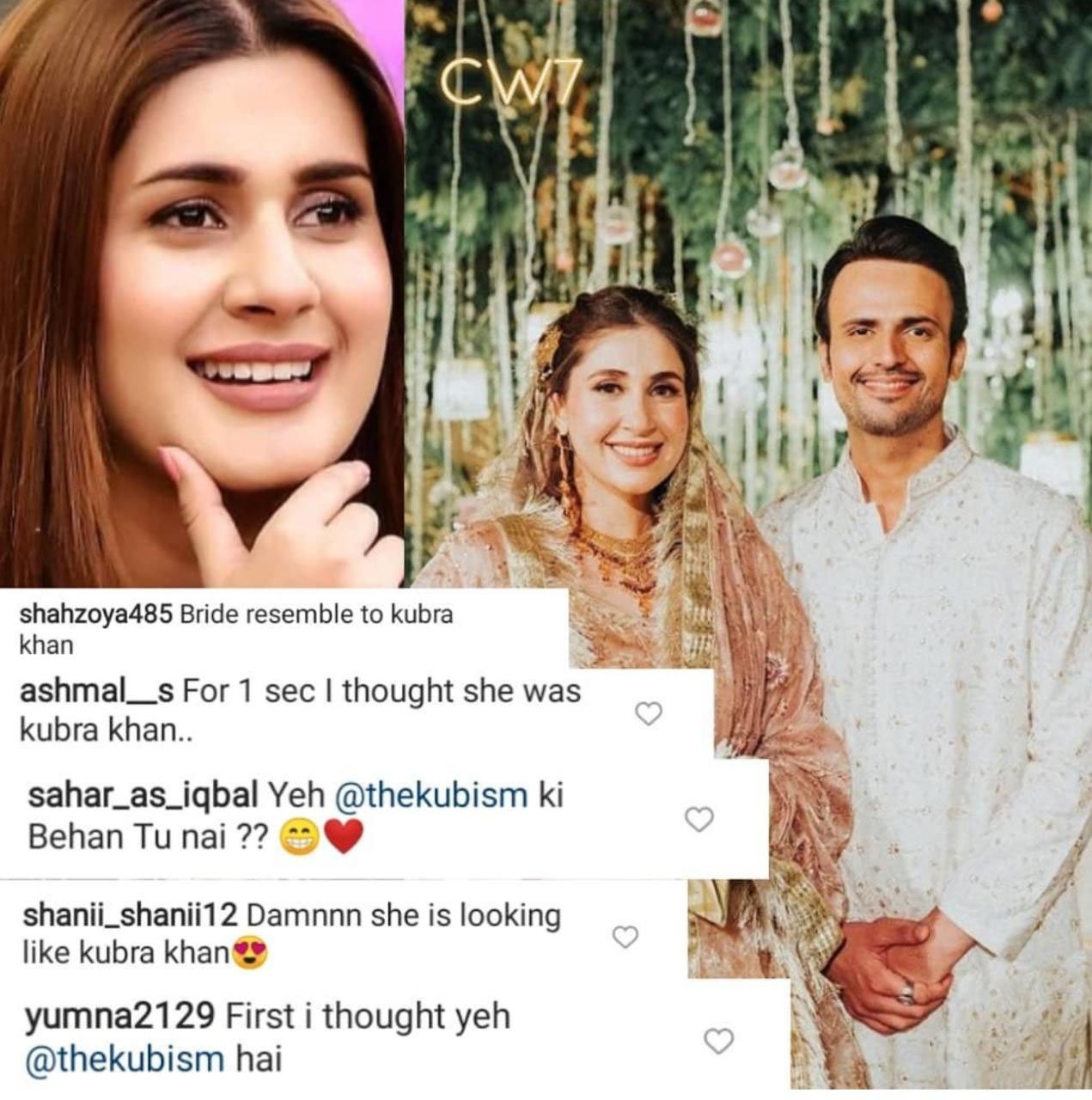 Usman Mukhtar’s fans said in the comments section that at first glance it seemed like Zunaira is Kubra Khan. Some users wondered if she is Kubra Khan’s sister.

So far neither Kubra Khan nor Usman Mukhtar have responded to the comments from users.

It should be noted that Usman Mukhtar, while announcing the marriage in his post, wrote, “Zunaira Inam Khan. Thank you for making me the luckiest man on earth. I haven’t felt such happiness in a very long time. You’ve stood by me in the moments I was down and amplified the happy moments. Been my rock and my support. I am blessed.
Dear World – I married this amazing woman today in a small socially distant gathering. Our big day was supposed to be on 2nd April but due to the lockdown restrictions from 1st April we had to pull it back. We were tested and followed SOPs.”

“We both need your duas and blessings.” the actor wrote, appealing for prayers.

Usman Mukhtar is a new emerging actor in the Pakistani drama industry, and his most popular dramas include ‘Anaa’ and ‘Sabaat’.