Pakistan’s leading TikTok star Ali Khan Hyderabadi, from Hyderabad Sindh, has managed to make a name for himself on the short video sharing app TikTok.

The number of followers on Ali Khan Hyderabadi’s TiKTok account has reached 11 million. 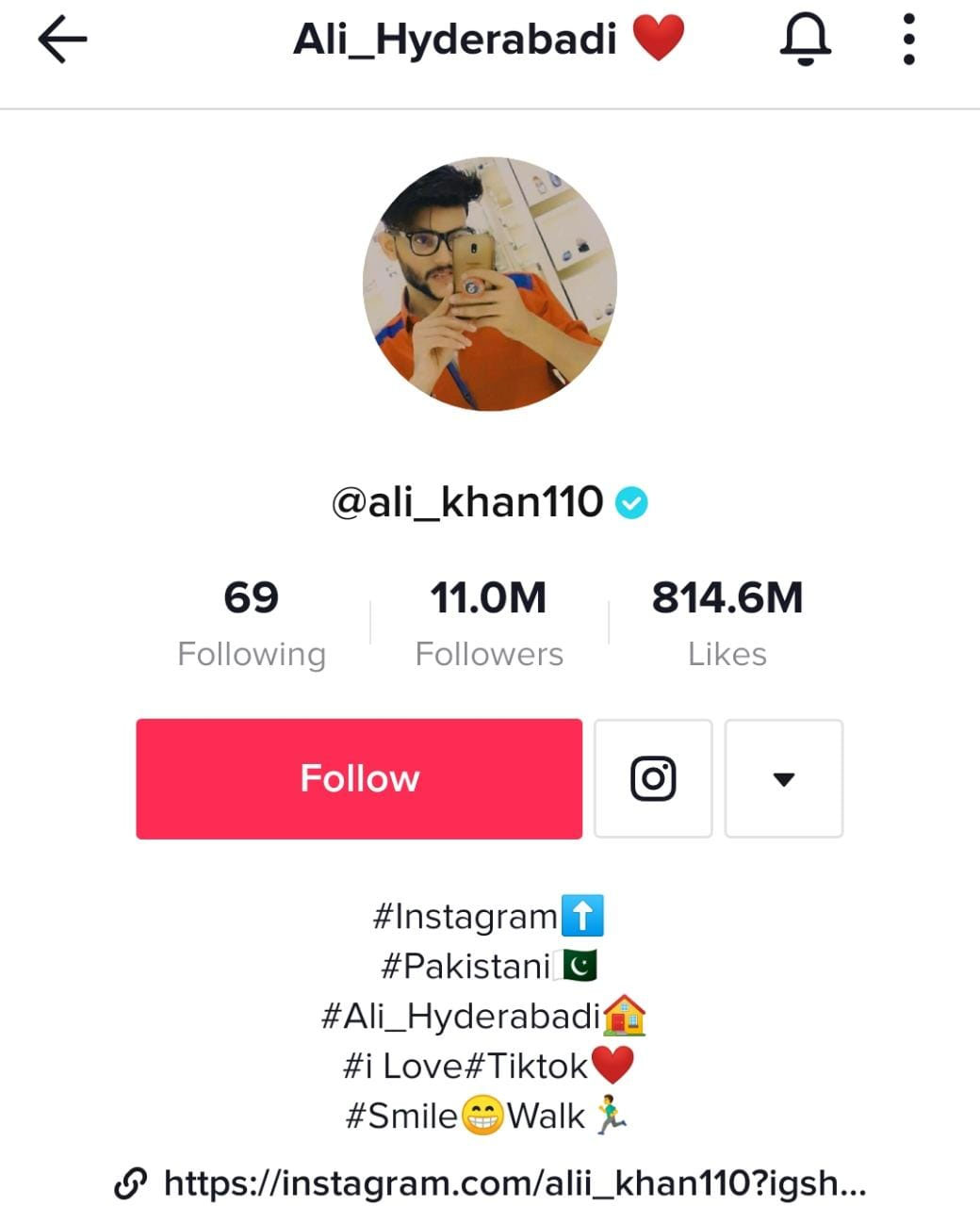 Ali Khan Hyderabadi has become the second TikTok personality in the list of Pakistani boys who has reached a milestone of 11 million followers on the app.

Prior to Ali Khan Hyderabadi, the title was held only by Zulqarnain Sikandar, a famous TikTok hero from Lahore.

Ali Khan Hyderabadi became popular on the short video sharing app TikTok in a very short span of time due to his unique style.

When the first TikTok video of Ali Khan Hyderabadi went viral, people not only liked his style and the way he walked but users also started copying him.

The videos Ali Khan Hyderabadi has uploaded to his TikTok account have received millions of likes so far.

Earlier, Ali Khan Hyderabadi had said in a morning show on a private TV channel that he wanted to try his luck in dramas and films in the future as he has been keen on becoming an actor since childhood.

Ali Khan Hyderabadi said that he used to work in a shoe shop but after gaining popularity owing to his TikTok videos, more fans started coming to the shop than customers. Due to this, he quit his job and spent all his time making TikTok videos. The TikTok videos he made also became a source of income for him.

Pakistani TikTokers Ali Khan Hyderabadi and Alishbah Anjum got into the craziest...