Khobro and talented actress Ayeza Khan, who recently hopped onto the TikTok bandwagon, has now succeeded in gaining popularity after reaching a milestone on Instagram.

The number of followers on Ayeza Khan’s official TikTok account, under the name ‘GeetiiPrincess’, has increased significantly. 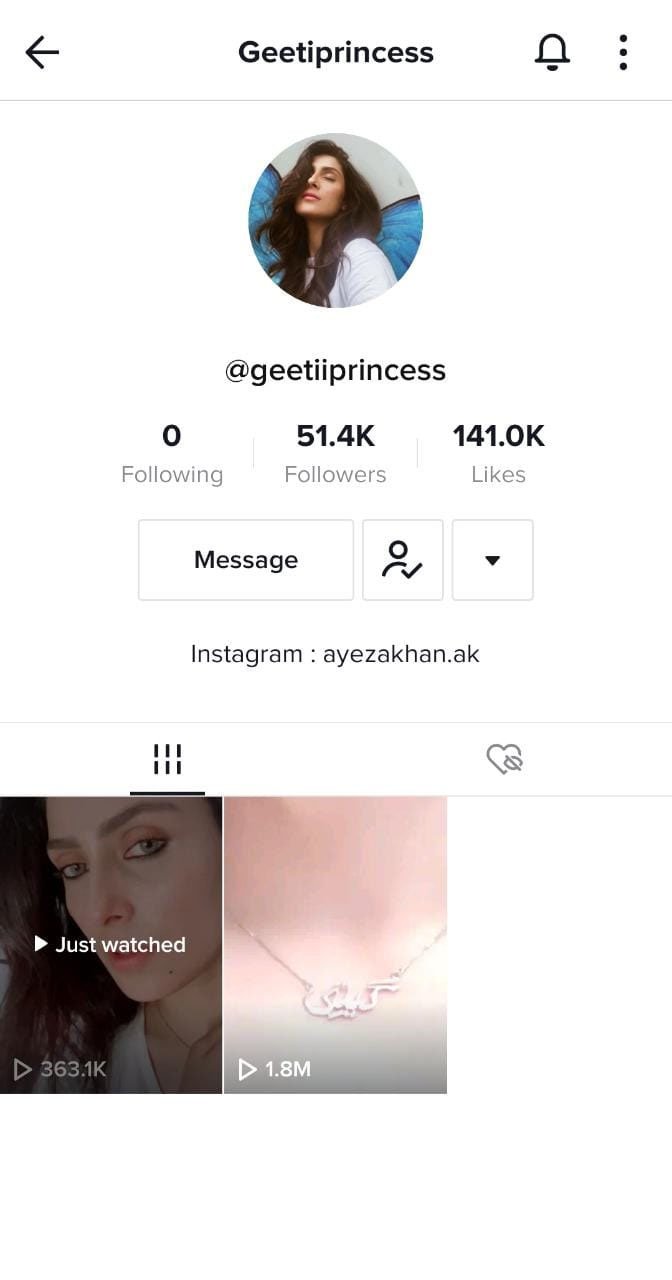 Ayeza Khan has been followed by more than 50,000 users on TikTok in just two days while the actress has not followed anyone from her official account yet.

Looking at the actress’ TikTok account, she has so far uploaded only two videos which have received thousands of likes and comments.

It may be recalled that two days ago, Ayeza Khan shared a short TikTok video with her fans on her Instagram account in which she was wearing a pendant which read ‘Geeti.

Ayeza Khan is reportedly playing a role in her upcoming new project called ‘Geeti’ after which she named her TikTok account.

Fans are ecstatic after receiving the news while well-known personalities of the showbiz industry are also expressing happiness and surprise at the joining of an actress who runs away from talk shows and does not face media outlets apart from dramas.

Ayeza Khan, one of the most loved celebrities of the Pakistan drama...