Ryan Eggold wants fans to join the Palestinian cause

Hollywood actor Ryan Eggold raising his voice against the brutal aggression by the Israeli forces against Palestinian by helping raise money for the civilians of Gaza.

The 36-year-old Black List actor turned to his Instagram and urged his fans to donate to the Palestinian cause as the occupied region faces a violent crackdown and continuous airstrikes by Israel which led to the life of innocent people into death.

Took to his Instagram story he shared a crowd-funding post by Medical Aid Pal calling for help in getting medical supplies for Gaza on an urgent basis as the death rate and the number of injured people are rising day by day. 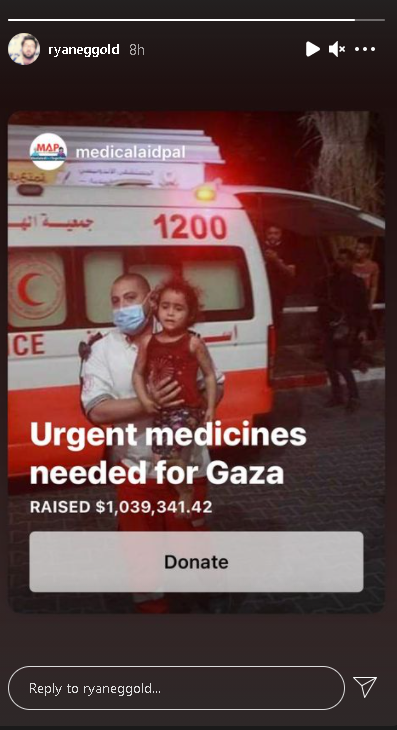 A number of A-listers have voiced their support for Palestine and called out Israel for attacking innocent children and civilians. Gigi and Bella Hadid, Dua Lipa, Mark Ruffalo, John Oliver, Idris Elba, Zayn Malik, The Weeknd, Viola Davis, Roger Waters, and many others have expressed their solidarity with the Palestinian people falling prey to Israeli oppression.

Though many people assume that psychological stress causes grey hair to appear...