Dua Lipa flaunts her toned body in this glittering attire

Dua Lipa flaunts her toned body in this glittering attire

Dua Lipa donned a glittering attire, which boasted diamante and spaghetti straps. She revealed her honed waist and also chose her tresses styled in a sleek updo, wearing a smoky palette of make-up. 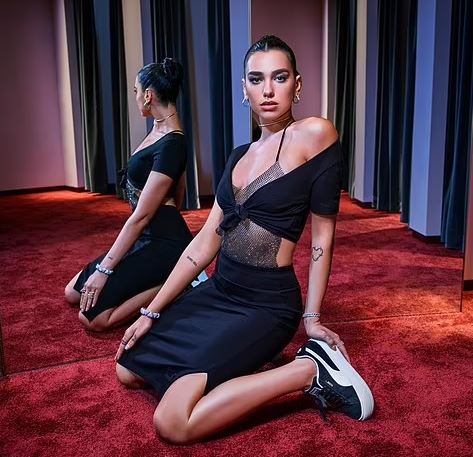 The Levitating singer had shared a slew of sizzling snaps from her trip to Ibiza. She left the fans to go berserk as she posted snaps into barely-there crocheted swimwear.

The star could be seen relaxing by the pool in the photographs, displaying her long legs and toned stomach.

The tiny yellow string bikini stop featured a daisy-like flower on one side and a green leaf on the other, while the bottoms featured a brightly coloured rainbow to the front.

Earlier, Dua Lipa opened up about her romance with model Anwar Hadid, saying: “I’m very comfortable in the relationship, more so than any others.”

She told, “We have all these incredible memories and experiences, and if there’s something that we want to share together, then OK that’s fun.”

“But at the same time, we’re quite private – we’ll only show you as much as we want you to see,” she added.

“It’s a little bit of give and take, trying to find the right balance of being so excited and being in love, and wanting to share that with the people,” the songstress said.

The pop artist, Dua Lipa who collaborated with DaBaby on the immensely...