According to Indian media reports, Shraddha Kapoor is busy shooting a film in Mumbai these days and when she got out of the set after the shooting, she had a mobile phone in her hand and she was talking to someone on WhatsApp. 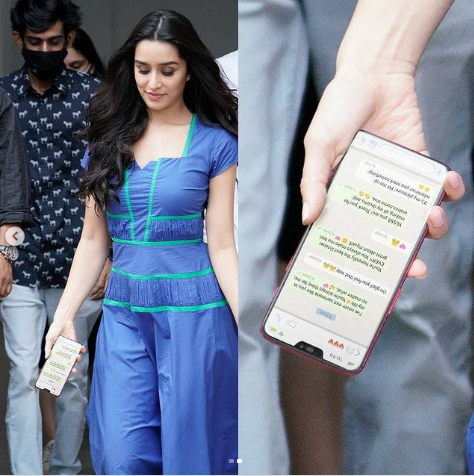 Reports say that according to the leaked chat, the actress was having a private conversation with a close friend.

The actress’s chat leak has been heavily criticized by her fans and some have claimed that the chat has been edited (Photoshop) but so far it has not been denied or confirmed.

Her fans strongly criticized the photographers for posting pictures of the chat on social media, calling it an intrusion into her personal life.