Sophie Turner, who played Sansa Stark on Game of Thrones, and her singer husband Joe Jonas flaunted their distinct flair in New York City on Sunday.

The 32-year-old actress, on the other hand, looked stunning in baggy light wash jeans with dark blue panels on the front. She wore them with a dark green zip-up vest with pockets down the front. 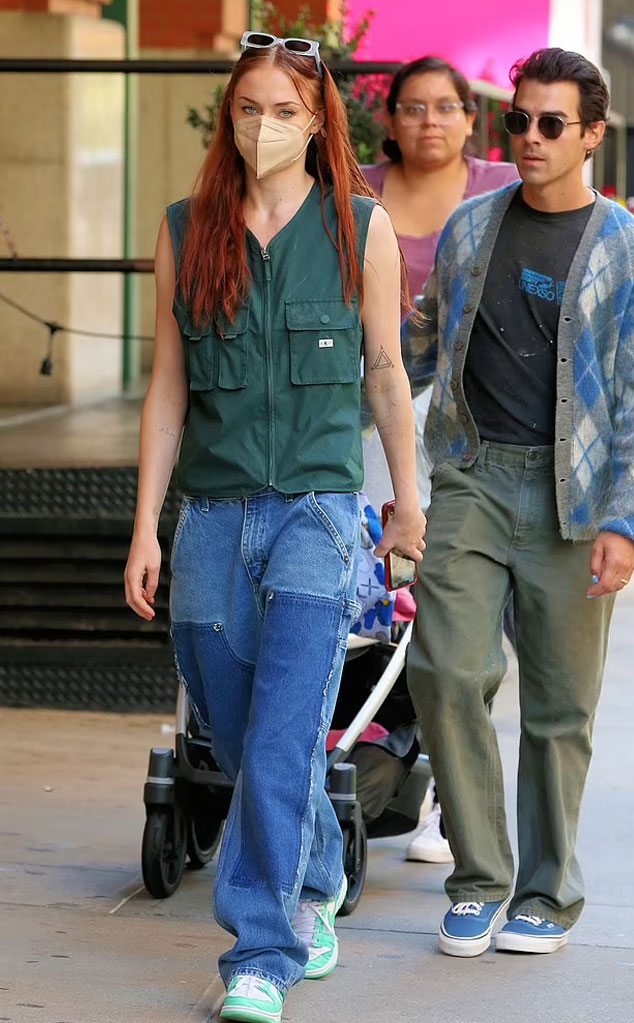 Sophie’s red hair was parted in the center and draped over her shoulders in waves as a pair of thick-framed sunglasses sat atop her dome.

Joe is on tour with his brothers across the east coast, despite frequent performances in New York. The tour will run until the end of October, with a performance at the Hollywood Bowl in Los Angeles as the final stop.

Sophie Turner performed with Joe Jonas and the other Jonas Brothers at...