Watch: Anushka Sharma and squad color on the walls after shoot ends

Watch: Anushka Sharma and squad color on the walls after shoot ends

Anushka Sharma is back at work, but she isn’t in the mood to work longer hours. The actress has shared a humorous picture of how she and her coworkers paint on walls to ensure that no one asks them to work any longer after the show has wrapped.

Anushka uploaded three photos from the set, in which she and three of her teammates are seen scribbling strange things on the wall with the words ‘Pack up’ written next to it. She wrote in the caption, “When you want to ensure that no one changes their mind regarding pack up,” 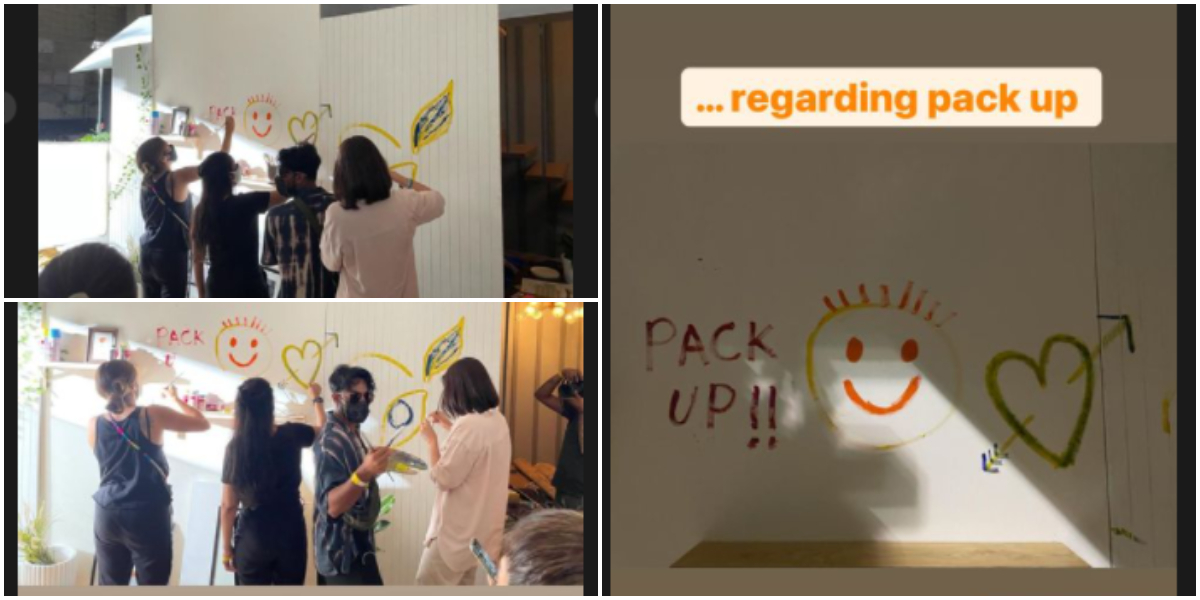 While husband Virat Kohli is in Dubai for the Indian Premier League, Anushka is working on several endorsements and other professional commitments. Their daughter, Vamika was born in January of this year to the couple.

Anushka had shared a similar message a few days before, expressing her excitement to finish the day’s session. She had previously posted a behind-the-scenes video from the shoot in which she was seen playing peek-a-boo with the camera.“Did anyone say pack up?” she wrote in the caption.