According to the International news agency, he met troops at a base in Ladakh’s Nimu area.

Officials said that chief of defense staff, General Bipin Rawat, and the chief of the army, General Manoj Mukund Naravane had accompanied the Prime Minister.

Modi is to be briefed on operational preparations by top military officers of the Indian Army’s 14 corps.

Modi has been facing pressure to respond to the clash and unrest between armies of the two countries. 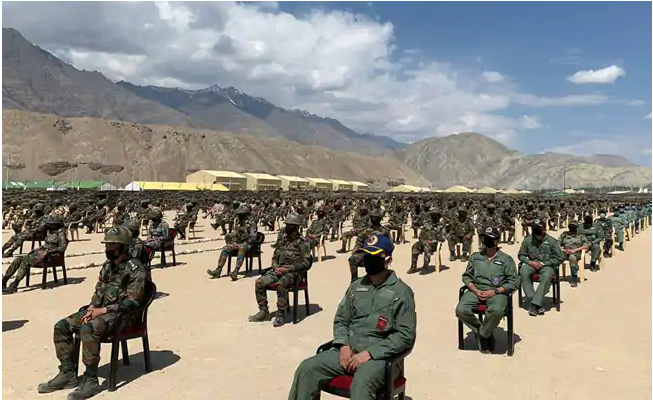 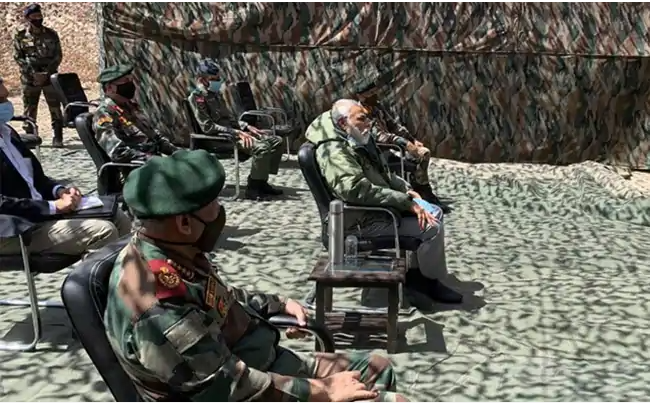 China and India have blamed each other for infuriating clashes between the two countries at Ladakh.

At least 20 Indian soldiers were killed in fighting between armies of the two countries.

The Indian military said that both China and India suffered casualties, but there has been no word on numbers from China.

The Indian military said that it’s several troops “were critically injured in the line of duty”.

It also claimed that injured soldiers were also “exposed to sub-zero temperatures in the high altitude terrain “.

The two forces later tried to solve the matter through negotiations.

The Indian army said that the fight at Ladakh caused casualties of its 3 soldiers. Later, it said that “17 Indian troops who were critically injured in the line of duty” and died from their injuries, taking the “total that were killed in action to 20”.

China has been blamed by India’s external affairs ministry of violating an agreement to respect the Line of Actual Control (LAC).

Despite many calls for Prince Harry and Meghan Markle’s royal titles to...

‘Solidarity with Palestine’: Protests against Israel erupt in major cities of the United States

As Israel continues to impose unauthorized attacks on the Palestinian victims and...

‘US should shoulder its fair share of responsibilities’ in stopping Israeli attacks on Gaza”, China declared

The United States should shoulder its fair share of responsibilities in stopping...

The release of Saifullah Paracha, the 73-year-old Pakistani prisoner at Guantanamo Bay...

The Kuwaiti government has announced ten years of prison and a fine...

The administration of US President Joe Biden has approved the sale of...